We were inspired by the genetic-algorithm-based Super Mario AI known as MarI/O made by SethBling. MarI/O uses genetic algorithms to teach a neural net to beat levels of Super Mario by maximizing an objective function. Inspired by this, we wanted to create a game that maximizes an objective function using genetic algorithms in order to present the player with a challenge.

A game designed to take EEG input to monitor and parse brain wave and stress-related data and produce a machine learned environment for the user to interact with. The game generates obstacles in the form of hurdles and walls, where the user can control their speed and position using the real-time data streamed from the Muse headband.

We utilized the Muse API and research tools to help construct a script in Java that connected to the Muse port via TCP. We then coded in Java to produce our graphics and movement interfaces. We developed a machine learning neural network that constructed each of the game stages, generating obstacle models based off of previous iterations to increase the difficulty level.

Being able to parse and convert the data feed from the Muse headband into a usable format was definitely a challenge that took us several hours to overcome. In addition, adjusting the parameters for our progressive machine learning to for a non-repetitive, but also feasible set of obstacles was another major challenge.

I think just having the game environment that we produced and being able to run through it and interact with it is rewarding on its own. Along with the fact that this game has the potential to relieve stress levels and produce positive user feedback and impact, we all feel tremendously about the game that we have produced.

We learned a lot about using breeding neural networks and different forms of data that can be utilized in novel and unique methods.

We definitely want to up our game on the UI and design side. We can allow for more user adjusted parameters and settings, to help fine tune each of the user preferences. In addition, we want to improve our visuals and design of each level and environment. With a more aesthetically appealing background, we can definitely reach a higher mark in our objective of reducing user stress levels. 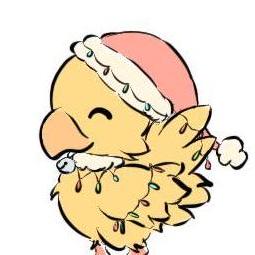