In the grim situation of covid19 millions of people are confined to remote areas. In many countries lockdown has chocked supply chain with people in remote areas are finding difficult to be heard on already strained government channels. These are the people we target to help by connecting with them on multiple channels and by combining their demands on a geographic basis we'll be able to help more efficiently.

We'll create a bot that people could interact with by text/voice and deploy that on various channels like Facebook, Whatapp, Web, WeChat, etc. Our bot would understand what the user is saying and classify their need for food, medicine, travel, emergency, etc. In the backend, the bot will capture user geolocation and if that's not possible bot will directly ask the user for their location. In case user doesn't have access to a smart phone, helpers could register their details people may serach and call/text/mail. All we need is what they want in their language and rest of the work is done by NLP. All requests would be rated based on how remote the location is and how many helping hands have already reached in that location. This information would be made public and presented with aggregation based on State/City/District & Block. A helper could zoom in and go through individual requests and send help that servers most in that area. A bot could push messages to requesters to confirm if their need is fulfilled. This would help us auto-update demand and supply.

A bot based on google dialog and RASA integrated with various channels deployed on google cloud. An elasticsearch database to save requests & supply information. A realtime dashboard using Kibanna.

Integrating as many communication channels as possible on bot

Understand what people need could be different then what we think they need.

How important are the last leg connectivity and not everyone communicates the way people in big cities do.

What's next for Smart bot that connects needful with helpers 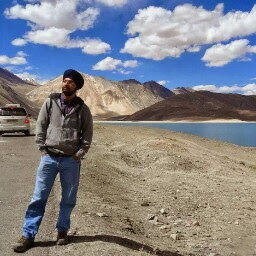