upload your own rap freestyle to the cloud, then stream said video in the feed section of the app. you can record yourself, and apply music to spice things up. there's also a tool that allows you to write down custom lyrics beforehand in a (mostly working) notepad module, built by Rob McPherson. Styled by Kirk Zimmer.

With teamwork (hint - it makes the dream work!)

we used React Native as the frontend framework. I took on the video render using React-Native-Video, we added swipe gestures to play/pause/fastfoward/rewing/next video/ previous video.

my partner rob was working on the music engine and the camera interface.

react native has a very particular set of "best-practices". it's more opinionated than you'd initially think javascript to be - if you abuse the redux or prop chaining or refs too much, you end up with a complicated pile of garbage. best be careful.

I also built a few microservices using AWS lambda. same stuff I do for work, so it wasn't too tricky.

What's next for Hypeman

we're gonna get funded, yo! 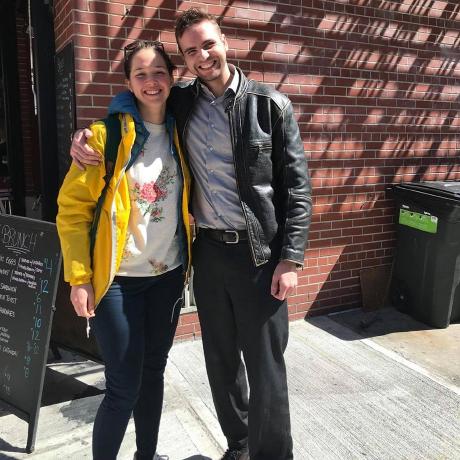