This system for reducing illegal robocalls uses a “cocktail” of both known and new technologies and methods. We describe first, below, one key novel element. Then, we explain the additional elements of implementation.

This system uses white-lists and black-lists. Uniquely, however, it uses two independent black-lists. The first set of lists uses an Enhanced Caller-ID. (Enhancements are discussed in the Solution.) The second black-list uses caller-recognition based on an audio hash of the first few seconds of the caller’s voice.

Note that (3) and (4) above are novel sources for white-lists. The “approved institution” is a way for large entities, such as the California DMV or hospitals, that make a large number of outgoing phone calls, to get “pre-white-listed.” Insurance agents with a large client base may wish, for example, to receive this type of advanced approval. Option (4) allows the telecoms to build their own sources of “approved” numbers, which might be any source they “trust.”

The first step is the classification of all incoming calls into one of three categories, using the Enhanced Caller-ID:

White-list calls are passed through unaltered. Note that the vast majority of all calls will be white-listed. Black-listed calls are dropped immediately, after logging the attempt. Unknown source calls are then processed according the steps below.

If it turns out the call is a robocall, but the recorded few seconds did not match the local robocall voice database, the recipient presses the “black button,” indicating the source as illegal phone spam. This causes the recorded caller’s voice to be forwarded to a central database, along with other identifying information, such as the Enhanced Caller-ID (which is enhanced—see more information below). An aggregator periodically updates qualified spam audio hashes to the distributed, local databases.

If the caller has not been previously known to the recipient, but is not spam, the recipient presses the “white button,” which automatically adds the Enhanced Caller-ID information into the white-list.

The technology of converting recorded audio into a unique “audio hash” is well known. Because these hashes are short (typically, 64 bytes or less), many thousands of these are inexpensively stored in consumer equipment.

This system causes legitimate first-time callers to experience a slight delay, about five seconds, typically. However, after the first call to a recipient their Enhanced Caller-ID is white-listed, and they will not experience any delay on future calls. 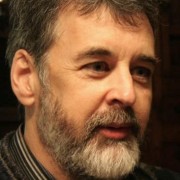