The lack of non-interactive, new exciting ways to develop in an amazing

The IntelliSpace VR allows you to actually code and compile in an immersive 3D environment. We truly believe that this is the future of learning software development in a way that excites the minds of future developers and encourages the fun exploration of code. Become One With The Code!

We used A-frame with a combination of a Node.JS and Java backend in order to compile various different languages, including Java and Python.

The ease of communication between servers was a relationship that proved to be very difficult to replicate with the VR logic.

We have a more or less functioning prototype!

We learned the extent to which it can be difficult to implement A-frames and have them communicate between webVR and Node servers. 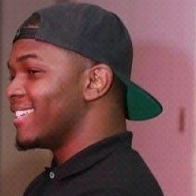