Adelaide uses SCATS for collecting traffic data (along with signal control) using induction loops beneath the road to record the number of vehicles that go though a particular lane at an intersection. This data is provided in 5 minute intervals for every sensor at every intersection in the city which works out to 2920 individual sensors across 134 intersections in the CBD alone

Our goal is to use this flow data to determine the presence of an incident on a section of road within a reasonable amount of time. Incidents are not restricted to vehicle accidents, they may also include:

It's imperative that the presence of these events is detected and responded to in a timely and appropriate manner by those working in a transport management center. Research has shown that the accuracy of these warnings is important as high false-positive rates result in fatigue and staff eventually ignoring alarms.

In the field of automated incident detection (AID), the problem of detecting incidents in an arterial road networks is still an open problem. Current research is limited to supervised techniques that are typically run on data collected in small scale traffic simulations that allow the researcher to easily optimise for 1 or 2 intersections and ignore the actual issue of scalability and the real-world application of their results. Additionally, these simulations often provide a more fine grained level of data (eg. data is provided in 1 second intervals) than that of the real world data which typically has longer collection intervals. These simulations also allow for ease of training since the simulation also provides the time, location and duration of any incident, something that is not easily obtained (although I have such data for this project and will use it for validation).

This project can run in one of two modes for detection, the first uses a single model per intersection, where each input is a single sensor. Each sensor looks at a particular lane and does not record turning movements, only vehicles passing a sensor. Intersections have at least 8 and at most 24 sensors. The large number of model inputs should be easily handled by the use of a purpose built server with 64GB RAM and 15TB of RAID5 permanent storage.

The second mode is a 1 model per sensor per intersection. Each model is run on its own subprocess to make best use of available parallel processing power. The results shown in the video use this mode of operation.

The readings data can be smoothed using a mean filter, the window size of which can also be specified.

The data for this project is supplied by the Flinders Transport Systems Centre and is thus not available for public use. Currently, I have 7 years of historical data encompassing 3.5TB for the entire city of Adelaide. The data is stored in mongodb in the following format:

The readings are a dict that maps the sensor's ID to the vehicle count at that time. Sometimes, these sensors output an error value of 2046 or 2047 indicating physical damage or detector error respectively. In the application, these values are ignored and passed to the models as null values. Future work will seek to fill in these error gaps using some form of prediction.

If you're running nginx, you can use it take the output of the webapp, gzip and send it to you which should make each page a 1.2MB file. Follow the instructions in htm-site for more.

To run all the data for an intersection against a model do:

To run all models in parallel do: 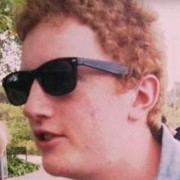 I've built the processing and webapp and I've finally got nupic built from source on the super computer, all that's left to do is tweak the nupic model parameters until it can actually detect incidents!