The purpose of this api is to determine if a good produced in a country is listed under Goods Produced by Child Labor or Forced Labor, based on datasets provided by Department of Labor that contains information on child labor and forced labor worldwide from ILAB’s three flagship reports: https://www.dol.gov/agencies/ilab/reports/child-labor

One use case for this API is micro-service in Supply Chain Management during the process of procurement. One can cross check if a good procured from a supplier & manufactured in a certain country is listed in the Department of Labor report. If indicated, I expect the company to follow up and ensure that the Supplier is following proper process and no human trafficking or forced labor is involved. Another idea would be blacklist suppliers who do not comply.

The data load script will populate data available at https://developer.dol.gov/others/sweat-and-toil/ into a Dynamo DB table. The datasets contain information on child labor and forced labor worldwide from ILAB’s three flagship reports: Findings on the Worst Forms of Child Labor; List of Goods Produced by Child Labor or Forced Labor ; To use the API you must register at https://devtools.dol.gov/developer and request an API key for each application that will access the API. Registration and API keys are free. Once you have the API key, create an environment variable DOL_API_KEY with it's value.

200 - When data is found for the country and good

404 - When there is no data for the country / good combination 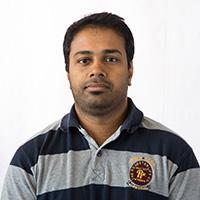