The project was to build a Smart House controlled by an Android App. We built a sensor hub controlled by a microcontroller, wich is aimed to be in every room of the house, and that sends information to a local server of the house, built in Flask in a Raspberry. That processes and sends all the data to the central server, built in Laravel, and finally that interactuates with the React-Native App. All worked fine (at least all we could try, that is the readings of the sensors, the central server and the App), but at the end we faced lots of connectivity problems between the Microcontroller and the Raspberry, so we couldn't end the project.

Everything in Git repos. 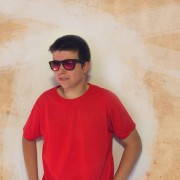