Hom is an app that brings people together into cities that are right for them. It uses a matching algorithm to pair users with cities and positions that work for them, then help keep them in the city through finding the right places for them.

We used Flutter as well as Dart for cross platform development of our app. As a result, HOM works on both iOS and Android devices.

We had to really dive into what we wanted this app to look like. We realized that the main reason people relocate is because of a job offer, and therefore we designed the app around connecting people with recruiters.

We developed a functional prototype app in 24 hours. It works very well, and is a solid proof of concept.

We learned so much about Flutter as a whole, how to incorporate a variety of libraries into an app. Designing the home screen was the most difficult, though we eventually found a shopping template that we could repurpose into the that screen.

What's next for HOM

Next, we would like to develop a fully functional app and begin beta testing. We believe that this idea has a lot of promise, and can go places. 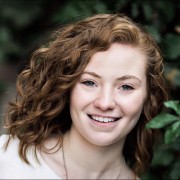