Inspired by Daredevil series, "Aftermath" is a Virtual reality puzzle game, use your echolocation powers to explore the environment and solve puzzles

Built with VISR SDK and Unity, running on Windows mobile, this was our first time with a few new technologies. Thankfully, there were only a few stumbling blocks, and I think we have delivered a quality product, especially given the constraints of a jam,

Learning a new SDK is always hard, and we initially also targeted android as well as Windows Phone. While the game now does run on Android, we decided to put our focus on Windows to minimize debugging time.

The game uses audio queues, so you have to make a loud noise in order to trigger the echolocation. As we found out quite late, Mobile phone microphones aren't really of the quality to detect these sharp noises clearly, we were initially testing with a condenser microphone, but that's not particularly portable.

I'm a big fan of the shader we used. It creates a very unique feel for the game.

For the team, we may collaborate again in the future, it was certainly very fun! As for the game, we'll see if there is interest, and possibly develop it into a full project 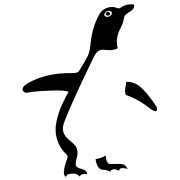