In last few years, the world has faced a lots of natural calamities. The U.S. has sustained 298 weather and climate disasters since 1980 where overall damages/costs reached or exceeded $1 billion (including CPI adjustment to 2021). The total cost of these 298 events exceeds $1.975 trillion.

In 2021 (as of July 9), there have been 8 weather/climate disaster events with losses exceeding $1 billion each to affect the United States. These events included 1 drought event, 2 flooding events, 4 severe storm events, and 1 winter storm event. Overall, these events resulted in the deaths of 331 people and had significant economic effects on the areas impacted. The 1980–2020 annual average is 7.1 events (CPI-adjusted); the annual average for the most recent 5 years (2016–2020) is 16.2 events (CPI-adjusted).

Besides the United States, China and India have taken the hardest hit from natural disasters due to their massive population. Both nations accounted for over 280 crore disaster-affected people between 2000 and 2019, which is around 70 per cent of the global total.

Some 79,732 people have lost their lives and 108 crore people were affected in 321 incidents of natural disasters in India in the same duration, according to the United Nations Office for Disaster Risk Reduction.

Holonet saves your name, email, phone number, and location. When it gets any upcoming natural disaster updates alerts you via your mail and number.

Everytime the hardware alert the users about the upcoming disaster, the type of disaster will be stored in the database such that the users can look back the record and use it for report or study

We're proud of completing this project and can hopefully take it further.

We learned how to use React for the front-end, and connect an API to NodeMCU.

What's next for HoloNet

We'll predict the disasters using some datasets from Kaggle to increase its accuracy. 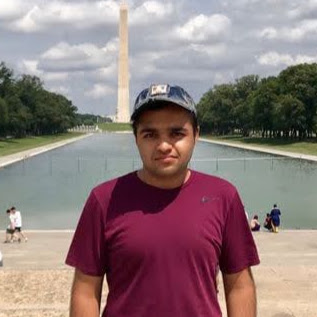