It may be just us, but often we find ourselves in a lecture, or an auditorium, looking forward to sharing something with everyone around us; however, in many cases we have not been able to do so because of the sheer size of the venues and the unlikelihood that we know everyone on social media. So we made the answer to our prayers.

Holla lets you chat with people that are physically close to you even if you have never met them before.

We put together from the ground up a django web server running on Postgres and hosting API endpoints, being able to handle a few hundred requests every second. Additionally, we built an android front-end application that lets users input and receive messages in almost real time (queries for new messages happen every few seconds).

Initially, the plan was to build a Bluetooth-powered app that formed a decentralized scatternet, but unfortunately the APIs weren't well documented and we ran into a lot of issues, so we decided to pivot into a centralized server-based chat app instead.

The location-based pseudo-real-time back-end, and its integration with the simple, yet captivating front end is priceless.

What's next for Holla

Going live on a university campus and most likely dealing with some efficiency issues when it comes to filtering messages by location. 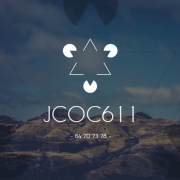 Latest version of the app is always at the bit.ly