Hilarist's goal is to be the #1 Comedy Repository in the World, and do it on iOS mobile the #1 operating system in the world.

This is done via an incentives system based on BitCoin Satoshi Vision and it's micro transactions and immutable ledger.

Why are jokes the one "art" which is rarely monetized? Artists can sell music, videos and paintings whether professional or amateur, and do it on an a la carte basis. Why are jokes any different? The difference is micro transactions. Microtransactions best reflect what a single a la carte joke is worth, so that's why we are starting a whole new business class which has never been done before. We aren't just an app that copies and old model like music and attaches BSV to it; we've found a niche area where micro transactions are the ONLY way to monetize the business.

Why is all art copyrightable but not jokes, not even stand-up routines which make comedians millions? We introduce EtchRight to protect comedians‘ hard work, and give them a place to declare their comedy to the rest of the comedic world. It's time to establish PROPERTY RIGHTS for the comedic arts, and it's starts here with Hilarist.

While we are EtchRighting new comedic works today, we ALSO want to structure the past too. Why should a joke written in 1970 by Lenny Bruce not be protected? We introduce JokEtymology which is a gamification of recording the history of comedy as well as documenting who owns what so we can monetize it FOR them. We allow comedians to CLAIM their old material, and even if it's a joke older than copyright law allows, it can be claimed so long as it's part of your estate.

Compete for the oldest Joke & fill out our database of Comedy FOR us! We allow not just NEW jokes to be told on Hilarist and monetized for micro transactions, but the OLD jokes too. How can we do this without stepping on toes? We make it a race to the source. If a user documents the oldest source of a joke, let's say it's Ben Franklin from Poor Richard's Almanac of 1776, she gets the profits from that joke's revenues on Hilarist! Thus, we have the PERFECT incentive system for user interaction, PROFIT! Can you enter an "oldie but a goodie"? If you can remember your favorite joke, enter it first, and do a tiny bit of "proof of work" to explain where it first originated, you'll earn satoshis. You don't even have to be funny!

Hilarist is the iTunes for Comedy

Jokes are RANKED for the first time ever! What's the #1 joke in the world? You will ONLY be able to know that by downloading Hilarist. In the not-to-distant future, people will download our app and open up Hilarist simply to see what the world’s top joke is today.

JokEazel™ is the second brain for Comedians!

Did you ever see the episode of Seinfeld where the comedian wakes up in the middle of the night to write down a joke he conjured in his sleepy state, but he can't READ his note the next day and then loses the piece of paper? Hilarists have your back. JokEazel™ is a comedian's "easel" for comedy, allowing him to document his comedic material when and wherever he is. Jokes are saved currently in his private JōkFōliō™ until he refines them for commercial release via EtchRight™! Never lose a great joke idea again! Budding comedians won't need to find a computer, just fish the pockets for Hilarist app and get ideas down fast. If the joke is priceless from the getgo, he can etch it into BSV immutable ledger for a small fee (to keep clutter away) and post it up into the JokStor to compete with all the other comedians. We hope to be a professional comedian's best friend, but WAY more important, we hope to be the fertile grounds from which new comedians arise from the amateur jokester dust!

NO EASY TASK: The Road Less Travelled Our biggest speed bump was the lack of BSV tools for the massive #1 operating system in the world: iOS We couldn't just load Money Button or RelayX or wait for HandCash Connect, so we built our own wallet from scratch to make Comedy-on-Chain happen. Go ahead and count the English-speaking native iOS apps on BitCoin Satoshi Vision 20 months after the establishment of BSV and 40 months after the split with btc? We'll wait.... It's ZERO. We will be the first. How? We had to pretend we were already a billion dollar company like Spotify or

Next: Ability to add cartoons (Hello SatoshiDoodles!) Ability to add audio jokes, some jokes MUST be told with all the dripping personality included to be good Ability to add video jokes, everything from full stand-up routines to comedy specials and movies

Join our Hiilarists, get ranked on our Comedy LIST of top revenue-earners, document comedic history Only on iPhone Test Flight app, BAEmail hilarists@moneybutton.com for an INVITE! 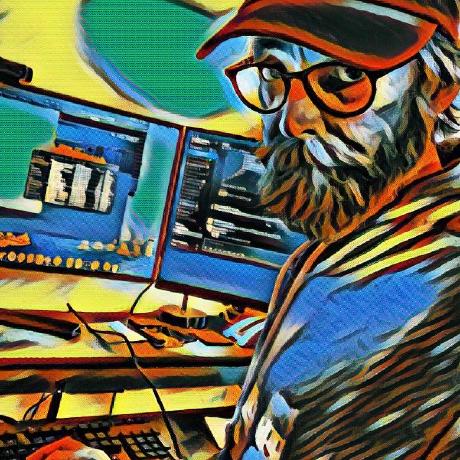