Hijinks is a fast paced multiplayer party game that tests player’s ability to coordinate by intuition cooperatively and competitively in a hilarious yet somewhat uncertain environment.

It’s a multiplayer, real-time, ultra low latency mobile game (iOS/Android). You can host a game with up to 4 players over Bluetooth, which is both low latency and forgoes the requirement for internet to play, so this game can be played anywhere (even while in a tunnel!) The game consists of a "Metagame" (a game board that moves the story forward) and a collection of "Microgames" (similar in spirit to Nintendo's WarioWare).

We built it in Unity, which is great for 2d game design and compiles to iOS.

The art style we’re trying out is wacky, animated whiteboard art (everything was drawn on a whiteboard).

We’d like this game to push the boundaries of classic mobile gaming. At PennApps we’re building a game with a new multiplayer experience that extends onto multiple screens. In the future, we’d like to develop hardware that extends the game into the real world, and a web app that extends the playing field onto any screen players can get ahold of!

More details on the gameplay: The Metagame leads the players through a session of Microgames in which the winners of each Microgame rack up points to win the Metagame.

Metagame is not just a wrapper! ...for microgames. It's a game within itself presenting a challenge to the players. It also provides context for determining a “winner” to the session. An example challenge: The Ship Metagame. Players who win a Microgame get to try and shoot canon balls at the other players in the Metagame. At the same time, the other players are trying to survive a storm in which their damaged ships are sinking. They play through many rounds of Microgames until only one ship remains after the others have sank (turning into ghost ships). The lone survivor wins the game!

Microgames! Because who has a long attention span? Microgames are random, often instructionless challenges, that last around 10 seconds. Their goal can be anything from playing a song to burping a baby. They can be a multiplayer race (free 4 all), multiplayer co op (all against common enemy), team based co op (random team vs team), or any other mode deemed fun. In the end there is normally at least one winner. To make these games more challenging they can be spead up.

What makes a party game fun? Something to keep in mind with party games is that winning is always not a priority. Fun with each other is what the design needs to optimize for. So if there is some obvious way to cheat or mess with each other that is totally chill as long as everyone can do it! Leaving it up to the players to define their own play style increases immersion and adds to the fun. Also the way scoring works in party games doesn't really need to make sense as long as it doesn't make someone really upset (like if we take away their points due to latency... That is bad. Having loose hit boxes around game elements is ok though. Basically concrete, although maybe poor, decisions on who wins will result in the group to just move on and keep playing). 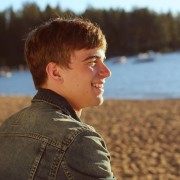