HiiFive was inspired by the idea that face-to-face networking has become less and less prevalent. Platforms such as Facebook, LinkedIn, Instagram, and Twitter are taking over the world when it comes to social networking. Though studies have shown nothing is MORE effective than in-person networking. Actual words only count for about 7% of social interaction, following inflection at 38% and facial expressions at 55%. Traditional networking is almost twice as effective as the internet when it comes to finding a new job. And, 95 percent say face-to-face meetings are essential for long-term business relationships - see here.

This is why we developed HiiFive. We wanted to create a product that would provide people with connections —connections they could tap into outside of the virtual realm. Hiifive is the bridge to face-to-face networking. It is a conversation starter, a dot connector, and much more.

HiiFive uses each person's top 5 selected traits and compares them to other people's traits in proximity. If one or more traits match, both parties will get a notification to meet based off of a uniqueness algorithm. A user will have the ability to unlock a world of connections — meeting people they wouldn't have otherwise.

HiiFive can be used for people who are looking for a "_______"; whether be it a new employee, a friend, or a mentor. HiiFive connects people with similar interests/traits in the areas of Groups, Looking For, Place, Education, and Occupation. By having only matching traits revealed, users are encouraged to talk to the match to discover their remaining mystery traits.

Example cases range from a local college student looking for a mentor, a recruiter looking for developers, or a visiting tourist looking for someone from their hometown.

We built HiiFive in 36 short hours in Philadelphia at PennApps. Our team split up tasks to crank out our final solution.

Our team really embraced the importance of perseverance and the idea that you're never done learning. Although we came from different backgrounds, we worked together with our variety of abilities to make a product that would stick. 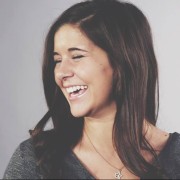