People love Uber, but they haven't abandoned the other transportations. This is because Uber might be optimal for in-city transportation, it is either too slow or too expensive to take between longer distances.

A Large-Scale Problem We Solve

Can we automate and simplify the tedious process of itinerary planning and execution?

We wrote an iOS app with ionic framework. The app has a UI that overlays the control over a HERE maps. The client takes user input and through HERE maps API creates a route for the user.

During the trip, a background thread keeps track of the time and user's GPS coordinates. And based on the routes and ETA estimates, it makes Uber calls at the right times.

A reasonably good looking UI and a useful functionality.

How to write a iOS app without xcode.

What's next for Hermes - An end-to-end itinerary bot 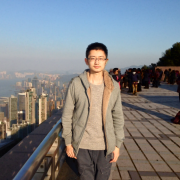