In 2019, the total generation of solid municipal waste was 267.8 million tons, or approximately 4.51 pounds per person, per day. Of this amount, only a mere 23% was recycled. Additionally, in 2020, over 15%, or 40 million Americans, are affected by poverty nationwide. In the 21st century, with growing wastage and increasing poverty, Helply simplifies the donation and recycling experience for everybody.

Helply allows users to pinpoint optimal donation and recycling centers, ship, and recycle their old household items, and receive reward points in return for helping their communities while reducing their waste production -- all within the comforts of home.

The app’s skeleton was built around Ionic, an Angular.js framework built on top of the Apache Cordova platform. Through Ionic, Helply has been optimized for both iOS and Android devices.

The detection of the item being donated or recycled was built on Google's Cloud AutoML platform. The AutoML backend has been extensively trained to identify the object itself, the state, and the condition of the item in the picture instantly.

The distribution subsystem was built on top of the AutoML backend and uses the weights from AutoML and the user's geolocation to find optimal donation and recycling centers, as well as populating the shipping labels.

Due to the vastness and subjectivity within the identification of the object and the condition, it was difficult to create a catch-all AutoML model that could identify every object being inputted. Another tedious aspect of the development process was getting the numerous APIs and libraries all working together.

I'm proud of having a diverse set of subsystems, APIs, and libraries all working in conjunction while maintaining a streamlined and clean front end and user experience.

I learned how to: create an Ionic/Angular.js frontend, maintain a responsive and clean UI navigation, create an AutoML model, and integrate different languages, all while supporting various frontends/backends to make a cohesive application. 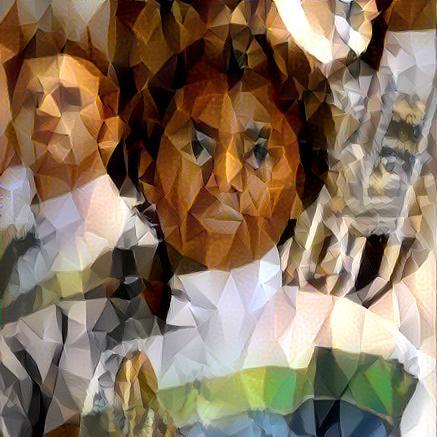