We had always been fascinated by the incredibly varied talents that people could use for good. Serena had worked at a nonprofit, and witnessed firsthand how the volunteers that they found were eager to contribute their skills and knowledge for the cause. There was a glaring problem, though: not enough people knew which organizations fit their particular skillset. Nonprofits were needing skills - and there were people sitting at home, with those skills, wondering what to do. Jackson was one of those people. During the pandemic, he developed an acute awareness of the needs of the community around him. He looked for places to volunteer - but it was difficult to determine which places were in need of which skills. He wanted to use his abilities to maximize his impact on the community - but he needed something to connect him to the right nonprofits.

We decided to build a website - one with both a volunteer and organization portal. The idea was that volunteers would sign up, providing a ranked list of their skills, while organizations would create events, which looked for certain skills.

The frontend of the website was built in react, while the backend was built with django, and the server was deployed with Heroku. We took responses from organizations and volunteers, stored them in tables, and created connections. The process was hindered by hiccups in some utilities - Visual Studio Code’s Git extension, as well as npm, both gave us problems. However, through the unending wisdom of the internet, we were able to overcome those difficulties. With Serena working on the backend, and Jackson on the frontend, the result was a website that satisfied our vision - one that could take volunteer skill and match it to the needs of nonprofit events.

In the future, we hope to incorporate more information about volunteers, to help them better match with nonprofits - using an api to determine distance, for example. We also hope to introduce a friends feature to the site, which will allow volunteers to see events that other volunteers are interested in. There are dozens of other ways in which we could expand our site - but our ultimate goal was, and still is, to take human skill, and plug it into human need - and ultimately bring more hope to the community around us. 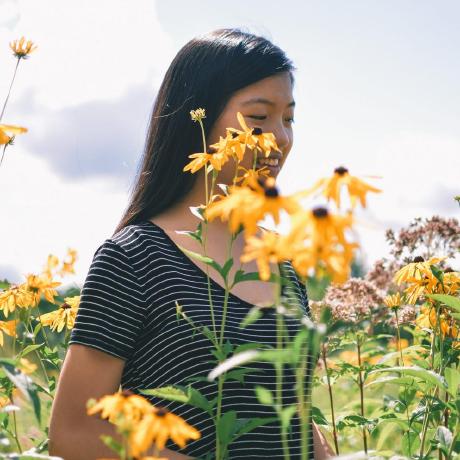