A simple voting app for RightMesh. One of the connected phones starts a vote, others vote. When voting is done, master phone can end it, sending voting stats to the others.

The RightMesh library has an autonomous networking layer which manages the connectivity between devices using Wi-Fi, Bluetooth and Wi-Fi direct. It does this by linking together hotspots using RightMesh patent-pending switching technology.

In addition to helping the devices make the physical connections to each other, RightMesh implements a neighbour discovery protocol which allows devices to discover each other across many hops.

RightMesh abstracts away the idea of IPv4, IPv6 addresses, MAC addresses etc., since any given device may have any number of connections into the mesh at a given moment. Instead every device has a MeshID which is used in place of these other types of addresses.

The MeshID is actually an Ethereum compatible account which will be used very soon to keep track of how much data has been forwarded and received so that people can be incentivized to use the mesh.

You can send byte arrays of data to other mesh devices and RightMesh will handle reliable communication for you. While the library does it's best to ensure connectivity to as many devices as possible at all times, the mobile nature of the devices means they may disconnect from each other . RightMesh implements networking layers to handle this enabling reliable congestion-aware end-to-end communications. Compared to similar libraries, RightMesh does not broadcast to all other devices in the mesh, it actually forms paths and performs routing using this two-layer system.

For the developer, this means when they issue a send call, they can trust that the data will be received on the other side, even when the network grows in size, and despite the mobile nature of the devices.

API reference is available at https://developer.rightmesh.io/api/

A detailed step-by-step breakdown of how to get started can be found in our reference guide: https://developer.rightmesh.io/reference/

In order for this sample app to work, you need to obtain RightMesh developer account, and API key from our developer website: https://developer.rightmesh.io/

Set your username, password and key in the app build.gradle file. The main source code is available in MainActivity.java 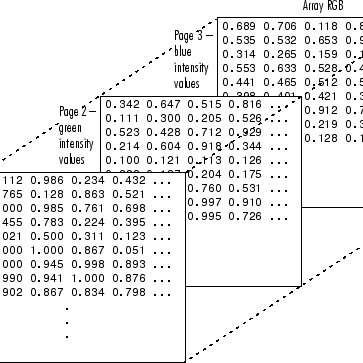