David had an internship at the National Institute of Health over the summer, where he researched the effect of auditory stimulus such as music on microcirculation (particularly the myogenic and endothelial bands), using Laser Doppler Flowmetry (LDF) to do so. This experiment all stems from the known fact that the human body often matches its heartrate with the tempo of a song that is playing.

Though that side of things was heavily researched, the opposite wasn't. And for that reason, David developed the idea of making the tempo of the song change relative to the heartrate of the person listening to the song, rather than vice-versa.

This Android app will connect to your Android Wear device (with a heartbeat sensor) and send this heart rate to a server which modifies the tempo of any song to regulate your heart rate at normal levels.

By regulating your heart rate, it will reduce anxiety and stress, allowing you to relax and not worry about the pressures of life. The best part? You only need a smartwatch and smartphone, no fancy equipment.

(This is where the name comes from, if you haven't figured that out already)

We had to figure out how to get the heart rate from an Android Wear watch, which didn't take that long. The hard part was actually figuring out how to send the data from the watch to the phone then to the server. We ended up using the native WearableListenerService to send the data to the phone which then sent the data with OkHttp to our Node.js server. This server will connect with any MIDI-enabled application on your machine to change the BPM.

It took a damn while to figure out how to send data between the watch and the phone, why does Google make this so hard?!

When we first got the phone to actually send data to the server, we were very happy and wanted to do more with the project.

We learned more about Android development, an area we both wanted to get into. It was slightly difficult since we both come from web development backgrounds and the concepts are very different.

Some sort of logging and data analysis, definitely. We want to prove that this works, so we will perhaps implement a log of your average heart beat over a course of a week or two after you start using it. 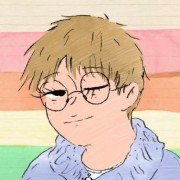