Being eco-friendly and growing your own food, herbs, and medicine can be a difficult and time consuming process. We wanted to create an easier way for people to grow their own food while still living busy lifestyles. Harvyst facilitates small scale urban farming, where individual consumers can become producers with minimal effort. The goal of this project is the decentralization of the agricultural sector, leading to a more equitable future with more access to fresh produce and herbs for diverse groups of people.

The Harvyst app allows users to monitor their garden’s condition, take direct action to water and cool their plants, or have them cared for autonomously. Harvyst currently has two types of sensors, to detect the temperature and the amount of moisture in the soil at different locations. The plant care is controlled by motors situated to cater to the plants specific needs: a stepper motor moves a nozzle along a track, which uses a pump to dispense water to dry plants. Depending on the temperature of the system, a fan can also be enabled for cooling.

Even so, growing fresh produce effectively in the home is one thing. But having it grown in an autonomous mannerism while monitoring the health, temperature, water input, and soil humidity would be effortless and very much possible.

We started off with the frame of the Harvyst with a PVC frame, with a tub of four different plants that we had filled with potting soil. We then started setting up the different sensors and motors individually. We used a stepper motor and a peristaltic pump and connected them to an arduino. All soil humidity and temperature sensors were also hooked up to an arduino. From there, all devices that were hooked up to an arduino were all connected by a Raspberry Pi, which were also connected to a user interface supported by React-Native. From here, we were able to control parts of Harvyst by using the mobile application.

We had challenges with several of the components we tried to implement, especially the motors. We ended up not being able to run the upper track with the stepper motor we desired, so we used a replacement motor with lower torque and a dedicated driver. There were also prolonged issues finding the correct transistors to drive the switches for the water pump and fan motors. Finally, we ran into serious difficulty in some areas of software, especially moving serial data from the Arduino, through the Raspberry Pi, and onto the mobile application. Connecting the general serial ports (functions of the Arduino being commanded by the Raspberry Pi) proved to be challenging as well. The time spent on coding while learning new syntax at the same time was doable, but tested our skills as a team.

This project was beyond all of our comfort zones in terms of the scope of hardware and software required. The biggest hardware challenge involved setting up the raised track and motor to move the water nozzle along the line of plants. Successfully connecting all of the physical components into a single working arduino sketch was a satisfying accomplishment, as well as when we could finally control arduino functions through the RPi and mobile application interface.

We firstly learned that Arduino is more confusing with certain parts and sensors than we originally thought. Hooking everything up and connecting all the wires was a challenge that everyone on our team learned from. We also learned some things about the syntax of Raspberry Pi, the coding languages involved, and what exactly the device is capable of.

The next features that will be implemented in Harvyst will be focused around expanding the software, as well as a few hardware tweaks. The features that we would like to add to the app include adding to and managing your own personal inventory of plants, a camera feature where users can view a live stream of their plants condition, and finally implementing timers to control night/day cycles for the lights and preset watering times. On the hardware side, we would like to add solar power for more renewable method of powering the device. Hello again, Krishan again. I used this project as inspiration for a larger autonomous farm called the Growsphere. The following is a link detailing the finished product:

My group is actually planning on applying some of the key components of Harvyst on a project already being done at Skyline College. This project is called the Growsphere, which is an open source schematic offered by Ikea. A few clubs at Skyline already constructed a polished wooden model of this design.

Applying the LED lights, temperature sensors, humidity sensors, and the automated peristaltic water pump are some of the additions we will later be adding once the base model of the Growsphere is complete. 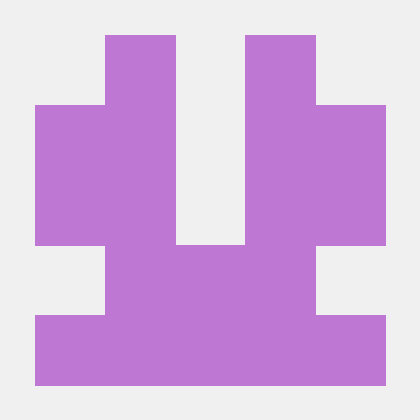