HARRA - Houston Area Road Runners Association - is the umbrella organization for running in the greater Houston area. HARRA advocates for the running community at the city level. The organization is heavily involved in park and trail development, local races, social events, and running clubs, and philanthropy efforts with such as Girls on the Run and Run for Wellness.

For about 30 years, HARRA has been recognizing local Houston runners as "Runner of the Season." At first, the runner was chosen subjectively by HARRA's Board. This caused tension in the organization so HARRA decided to implement a systematic method to determine "Runner of the Season" in 1993. Since then, this calculation has been manually calculated by a loyal volunteer. The calculation takes many hours due to the complexity and amount of data that needs to be processed. Due to these two factors, the results of the calculation are only published to the running community at the end of the season. Many runners do not know where they stand during the season.

Our project brings HARRA's Runner of the Season to the 21st century because we want to see this competition go on for the next 30 years.

When fully completed, the app will take race results and HARRA membership data to calculate the Runner of the Season standings and publish it to a live leaderboard for the entire running community to see during and after the competition. We hope that making this leaderboard available to through the web will inspire competition and fitness in the Houston Area.

We used postgres, express, node, angular.js. Our app is hosted on the google cloud.

Understanding the calculation. We worked closely with Roger Boak from HARRA to completely understand how HARRA Runner of the Season calculation is done and why. Scope. There are a lot of tasks to complete this project. No wonder no one has attempted to automate it until now.

Teamwork makes the dreamwork! You can make a difference in the community in 24 hours.

What's next for HARRA Runner of the Season 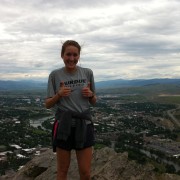