As a team, we've all witnessed the devastation of muscular-degenerative diseases, such as Parkinson's, on the family members of the afflicted. Because we didn't have enough money or resources or time to research and develop a new drug or other treatment for the disease, we wanted to make the medicine already available as effective as possible. So, we decided to focus on detection; the early the victim can recognize the disease and report it to his/her physician, the more effective the treatments we have become.

HandyTrack uses three tests: a Flex Test, which tests the ability of the user to bend their fingers into a fist, a Release Test, which tests the user's speed in releasing the fist, and a Tremor Test, which measures the user's hand stability. All three of these tests are stored and used to, over time, look for trends that may indicate symptoms of Parkinson's: a decrease in muscle strength and endurance (ability to make a fist), an increase in time spent releasing the fist (muscle stiffness), and an increase in hand tremors.

For the software, we built the entirety of the application in the Arduino IDE using C++. As for the hardware, we used 4 continuous rotation servo motors, an Arduino Uno, an accelerometer, a microSD card, a flex sensor, and an absolute abundance of wires. We also used a 3D printer to make some rings for the users to put their individual fingers in. The 4 continuous rotation servos were used to provide resistance against the user's hands. The flex sensor, which is attached to the user's palm, is used to control the servos; the more bent the sensor is, the faster the servo rotation. The flex sensor is also used to measure the time it takes for the user to release the fist, a.k.a the time it takes for the sensor to return to the original position. The accelerometer is used to detect the changes in the user's hand's position, and changes in that position represent the user's hand tremors. All of this data is sent to the SD cards, which in turn allow us to review trends over time.

Calibration was a real pain in the butt. Every time we changed the circuit, the flex sensor values would change. Also, developing accurate algorithms for the functions we wanted to write was kind of difficult. Time was a challenge as well; we had to stay up all night to put out a finished product. Also, because the hack is so hardware intensive, we only had one person working on the code for most of the time, which really limited our options for front-end development. If we had an extra team member, we probably could have made a much more user-friendly application that looks quite a bit cleaner.

Honestly, we're happy that we got all of our functions running. It's kind of difficult only having one person code for most of the time. Also, we think our hardware is on-point. We mostly used cheap products and Arduino parts, yet we were able to make a device that can help users detect symptoms of muscular-degenerative diseases.

We learned that we should always have a person dedicated to front-end development, because no matter how functional a program is, it also needs to be easily navigable.

Well, we obviously need to make a much more user-friendly app. We would also want to create a database to store the values of multiple users, so that we can not only track individual users, but also to store data of our own and use the trends of different users to compare to the individuals, in order to create more accurate diagnostics. 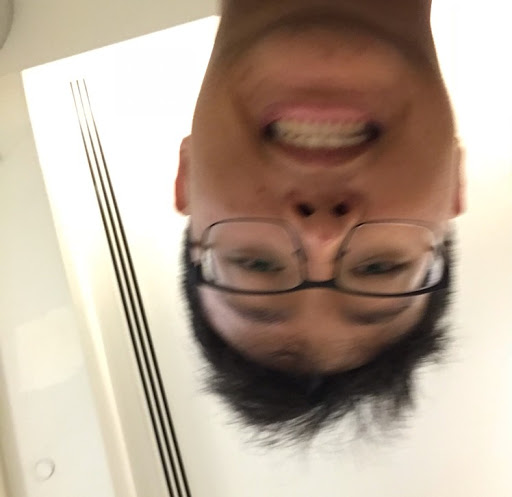