Ever gone to an event and spent a bunch of time fidgeting on your phone because you didn't know who to talk to, or were too anxious to introduce yourself to anybody? Us too.

Handshake matches you with other people at your event with similar interests to you, facilitates an anonymous conversation between you, and brokers a meeting if you decide you'd like to meet one another!

Used the Microsoft Bot Builder for Node.js, deployed to Heroku, attached a Mongo database on mlab, and connected to Microsoft Bot Connector and serving both Facebook and Kik.

Figuring out how to relay the users' messages via the bot was tricky.

Where do you want me to start?

What's next for Handshake

More handling of errors and unhappy paths, documentation, possible marketing partnerships, and who knows what else! 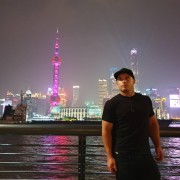