We were discussing project ideas, and we got a little off topic. One of us mentioned how much time we spent thinking of the most efficient way to walk around campus. Then, we realize that that would be a much cooler idea than a doggy dump tracking app.

Walk Me Amadeus is a crowdsourced pathing app. The idea is that the fastest walking path in an environment such as a school campus is not always the shortest distance, nor is the environment easily mappable by computers. By utilizing crowdsourced path data, we can create a weighted map of previously traveled paths that can take distance, speed, 'maturity', and weight of the path combined with an intelligent pathing algorithm to find the fastest possible path for the user.

Our site is hosted and powered by google's cloud api, incorporating Here's map api and node.js n the backend and javascript for the UI. We have registered the project on a domain using Domain.com

Initially, we had a lot of trouble with the google cloud aspect and actually getting the server hosted. The biggest hurdle by far, however, was creating the pathing algorithm and grid, which form the backbone of the program. It was also a challenge to learn JS/NodeJS on the spot, and using the Here API using the documentation while keeping up with the time.

We managed to create a powerful application from scratch in under 24 hours in a language most of us had no experience with before today.

We learnt how to use web APIs on webpages and apps and how to set up google cloud to host projects. On the other hand, we all feel like we've learned more today than in the whole semester of school so far! Next time, a project in this area we are all experienced programming in would go a lot smoother.

What's next for Walk Me Amadeus

Adapting the code base for scale can take the app from an example of a technology to a real usable application for areas worldwide. 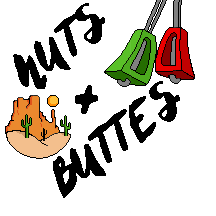