We wanted to crowd source thought. We turned to Twitter, which is an easy way for us to express our opinions about various subjects, such as companies and movies. We hypothesized that if people think positively about a company, and are thus tweeting good things about it, then the company is likely to be succeeding financially. We built this application by using Twitter API to integrate twitter search results of a company, to predict that company's stock trends. This is done by using Twitter's positive or negative indicator for search results of tweets, programming in Ruby-object oriented code, and utilizing a stock-quote look-up API software, all to identify correlations between the company's weekly stock patterns and what current tweeter users feel towards the company. We could also provide feedback to companies by informing them of recurring opinions people have about them.

We also have a html prototype website for our moodstock program, which is in the development stages to integrate our program as a web application. We also decided to experiment with using this Twitter data in conjunction with movie reviews (through the rotten tomatoes API). This results in identifying correlations between negative and positive movie reviews, with the moods of recent twitter users posting about the movie.

With Twitter's database and API, we hope to expand this use of correlating twitter trends with various other forms of ratings and reviews on the internet. 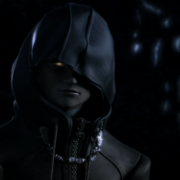