Ever seen one of those 1-for-1 deals? You've seen them during Christmas, during year end sales, time and time again the chance to get a steal slips you by.. you know it's all just a marketing tactic those cunning business people have come up with. All in the name of getting you to buy more, but what if someone else was like you?

Well, I'm that someone. That's why I built this thing.

First, you can post the deals on them. And people can find them.

Second, it's real-time, you see the changes on your screen. That's the power of meteorJS, it's a javascript framework, that helps with all that messy real time stuff. You see the comments live, and maps too.

Meteor is a platform to build web and(!) mobile apps. I took an outside in approach, as I'm more comfortable seeing what the app will look like before I build it. So I took a boilerplate and started messing around, then came materialize. WOW. yea. my reaction. It looks so slick. Had to use it.

Meteor's strength is helping developers develop real-time applications by providing a framework. This means they provide us with the tools, the screws nut and bots, but not the approach. So there are differing opinions on how apps are built. I got confused as to which way I should go, ie using React / Angular 2, but since they're sort of still in the works, I stuck to what I knew. Good old Blaze.

Meteor's other strength is also the real-time powers it gives. I admit I'm still a long way from mastering that, but it's fun to build with it anyway. Hot code reload keeps me going :)

I didn't think I had time to make something I would like, but I learnt how to use quite a few many packages I've been waiting to try out. Meteor's atmosphere packages site is not only nice to look at but has saved me much time. I'm a fan already.

Many packages are useful time savers, but they can also take away much control. I had to rollback quite a few things and probably would have time for more features if I had known that.

Adding cool new real-time features like notifications, animations, nicer maps (no offense google-maps). Learning react/react native if meteor seems to be going that way. Maybe it will be hotter than blaze, eh?

Mobile, of course. Still has some rough edges, but you can access it with chrome. 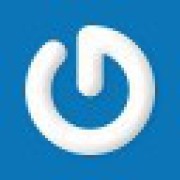 deployed to 1for1forever.meteor.com Check it! Meanwhile let me seed it with some data