LAN/WAN based multiplayer training environment for players to compete with their AI that they made. Players can also train their AI locally before joining in the battle competitive AI battle.

We always wanted a platform where AI enthusiast/beginners can come together to train their agent and then fight with each other through LAN/WAN multiplayer. In this way, player from across the globe can either train their agent together or compete against each other to see whose AI is the best. The AI should also have a GUI to make it easy for AI beginners to make quick tweaks to the state and reward instead of having to read through the long code and determine what to change. Moreover, in most cases on YouTube, people used AI agent to play a game locally and we can't find anyone doing a multiplayer AI agent game. So it will be a very good experiment also to see how Deep Q-Learning pair with multiplayer.

The game is primarily centered around making an AI movement DQN such that the AI must be able to dodge the enemy's bullet while maintaining a close enough distance to the enemy. Because each player can only fire only when their bullet disappears due to collision, thus the closer the player is to the enemy, the faster the player can shoot at the enemy at the risk of being shot by the enemy also.

The AI is made to aim at the enemy position automatically due to time constraints instead of using a shooting DQN.

The AI uses Deep Q-Learning/Reinforcement-Learning with experience replay. The DQN allows us to train the agent based on reward-based learning. Positive reward if it does the correct action and negative otherwise. The experience replay also allows the AI to not just learn to optimize reward but also allow it to look back and think about what are the steps to take such that it can result in a long-term reward. Because sometimes taking 1 step back can let the agent take 3 steps forward.

This project is structured in a Server-Client format. Each Client has their own AI to control the agent. Each Client can also save and load AI and toggle manual control. The server is only responsible for synchronizing player and enemy coordinates and storing them.

So more states doesn't necessarily mean that a AI will be better. You also need to account for your opponent's behavior and tweak your AI accordingly.

For WAN configuration, we must enable port forwarding in the host router and set up Dynamic DNS so that players across the world can connect to the host.

It is quite difficult to optimize the states to be passed into the DQN since there are many important parameters such as player, enemy, player bullet, enemy bullet x & y coordinates. However we could not pass in that many as it will confuse the DQN and also is very computationally expensive.

It took us a great amount of time through trial and error to optimize the DQN. We found that the key parameters are Player x and y coordinates and enemy's bullet x and y coordinates or enemy bullet distance. Of course there might be other configuration that we have not found out that will work well.

Originally we had plans to integrate a shooting AI capable of approximating the enemy's future location. However, due to time constraints, complexity and how computationally expensive it would be for us to run both the movement and shooting AI simultaneously, we decided to not to include it in the submission.

However here are some overview of how we wanted to train it. We made a target range which have a target moving in different patterns like zig-zag, circular motion, straight line motion, stationary... And every time the target is hit, it will change the movement pattern to avoid "overfitting" the AI. 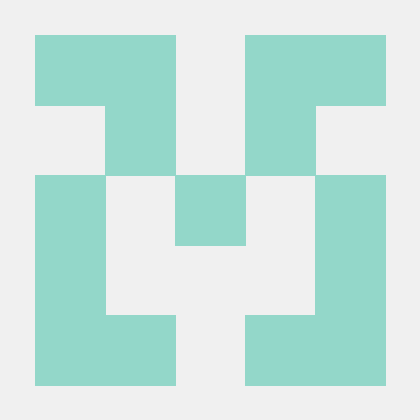