I was inspired by the message of this hackathon. The idea that anyone who is interested can learn about computers was a big drive behind this. Importantly, I wanted to help people understand the insides of things as well as the outside. It's all vey well to see a nice-looking GUI or Python wrapper for something, but there is nothing compared to the excitement of understanding what's going on behind it; the layers of software libraries, socket communication, and, ultimately, the one-dimensional world of memory and processing at the bottom.

And who understands this better than hackers? After all, most of what they do is finding things that people forgot about what's underneath - a lack of SQL input sanitization, a program that runs as the wrong user, an executable that's just a little bit bigger than it really needs to be. Hackers understand, more than anyone else, just how much of a machine a computer is.

With this in mind, I set out to make a game that would teach people to think this way, to understand the underneath. I chose C++ as my language and SFML as a media library, since i already had some experience with them.

Unfortunately, 24 hours is not nearly enough time to create a fully-ledged prototype with those restrictions. As it stands, I have made what might be considered programming concept art. The data structures behind it are extensible and modular enough to make it into something bigger with more time, but right now it doesn't do much but display a snapshot of a game in progress. 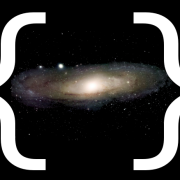