We wanted to turn the concept of a hackathon upside down. We gave ourself the constraint of creating a 100% analogue prototype without any hardware and software in order to help our ideation proces. This was based on the fact that none of the team members are that experienced in advanced programming or arduino. Furthermore, we thought it would be interesting to base our design around participants of the actual hackathon. In doing this we had the possibility to interview and investigate problemareas within the hackathon, which could open up for eventual design solutions. Based on our observation and interviews of different hackathon teams, we found out that many of the participants were frustrated over the difficulties in making a prototype which looked finalized and polished. Based on this research we came up with the idea of the HackerFinisher Mk. 1.

We mainly used lasercutting technologies, aswell as our skills in low-fi prototyping. We also drew from our experiences in Hands-And-Craft classes as we have used tape, glue, nails, paper, cardboard and just about anything we could find laying around.

As none of us are mechanical engineers, it was incredibly difficult to get the mechanisms to work. We spend many ours trying to figure out how we could stay true to our vision and stay away from using digital and technological aid.

The fact that it actually works (occacionally) is a huge achievement for us. In the beginning of our process we thought that we only would be able to create the paintjob mechanism. We are really proud of how many features we managed to implement into the design.

We have learned alot about the process of designing a prototype. Furthermore we have gotten a new insight into the minds of participants at hackathons, which could lead to future ideas and creations. In addition, our lasercutting and Hands-And-Craft skills have increased considerably.

What's next for HackerFinish Mk. 1

Creating a more polished and finished version which we proudly could call HackerFinish Mk. 2 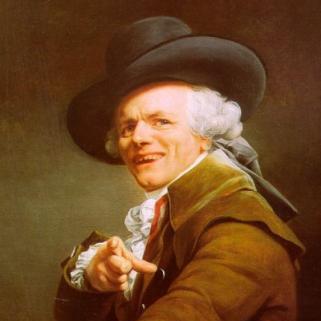