This project is built on top of a simple create-react-app which can be deployed with zero configuration.

Run the following in your command shell

The above command does the following:

To get information about your cluster, run the following in your terminal, inside the project directory

You will get the following output

anonymity22 is the name of the cluster.

Deploying any project on Hasura is like pushing to a remote git repository.

While it is recommended that you do look into this section. You can ignore this section as long as you do not change the following:

This is the kubernetes spec file that is used by Hasura. You do not need to understand exactly what this file does to use Hasura.

The source code for the react app can be found inside the microservices/ui/app directory. After you have made the necessary changes, commit and git push hasura master to deploy the changes.

Create-react-app can be updated by updating the react-scripts version in the package.json file located at microservices/ui/app/.

After changing the version, commit and git push hasura master to deploy the changes.

If you already have a working react app that you want to deploy instead of the one given in this project, you simply have to replace the content of microservices/ui/app with the source code of your react app. And if needed, make the necessary changes to the Dockerfile as well, for eg, if you do not want to use serve to serve the react app.

To add environment variables for the react app:

Note: The Environment variable name needs to be pre-fixed with REACT_APP_

In case you want to template your environment variables, check out the docs here.

Change the line starting with CMD in Dockerfile to the following:

Git push the changes and start the sync command:

In a new terminal, execute the command to open the microservice in a browser and make some changes to code to see it deployed live on the browser:

This will automatically open the API Console on your browser. Click on the Data tab.

Click on the Create Table button. Let's create a table called product to store product information like the name, quantity and price of a product. We will also be adding an additional column id of type Integer (auto increment). id will also be our primary key.

Mutation to insert data into the table

The GraphQL mutation to insert data into this table will be

Selecting data from the table

The GraphQL query to select data from the table would be

Note: In both the cases above, an Authorization token was added as a header to the GraphQL request. This is because every table created on Hasura only is accessible to admin users by default. You can read about how to set your own custom permissions on the tables in our docs. Furthermore, you can also create relationships and foreign key constraints on these tables, you can read about how to set them here.

You can read more about the GraphQL APIs in our docs.

We are going to be using the Apollo Client to make the GraphQL APIs from the react app. Follow the documentation here to set it up in your react app.

Whenever you make any changes to the database from the API Console, migration files get created in the migrations directory. These help keep track of the database changes that you have made and help with easy migration to another cluster. For eg: Migrating changes from a staging cluster to a production cluster.

You can read more about migrations here.

The fastest way to add Authentication to your react app is to use the Auth UI Kit provided by Hasura.

To enable Authentication on the react app, open up the routes.yaml file from the conf/ directory. Scroll to the following portion

Add the following under the - path: /

After making the above changes, you have to deploy the project for the changes to take effect. To deploy,

After the deployment is complete, try opening the react app in your browser, you will be redirected to an Authentication Page.

Alternatively, you can also use the Auth APIs directly without the Auth UI Kit. Check out our docs to know more.

To integrate the Auth UI Kit with your local workflow, you have to programmatically redirect the user to https://auth.<CLUSTER_NAME>.hasura-app.io/ui?redirect_url=<REDIRECT_URL>

Moreover, on successful authentication, the Auth UI Kit sets a cookie for the respective domain it is on. You can then just include this cookie while making subsequent requests which requires an authentication header.

Setting up the Apollo Client to use the Cookie

Sometimes you may also need to write your own custom APIs using a nodejs-express server or have a cron job running. You can add microservices from other quickstarts into your project

Next, we have to ensure that HasuraCtl knows that this microservice needs to be git pushed. To do this, we need to add configuration to your conf/ci.yaml file so that git push hasura master will automatically deploy your source code, build the docker image, and rollout the update!

To expose the microservice via an external URL

To deploy this microservice to your cluster:

You can read more about microservices in our docs. 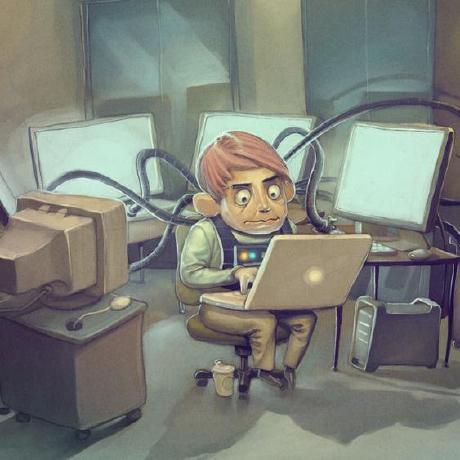