Made by Byrne Hollander, Ben Packer, Lotanna Ezenwa, and Vanny Nguyen for HackDartmouth on April 11-12, 2015

By splitting arguments by whether they agree or disagree with a main argument, the chaos of internet comments becomes easier to read and process. It also encourages users to build off of rather than restate each other, since they are spared the initial articulation. Finally, users are encouraged to affiliate with a political philosophy if they do so naturally, so that relationships between policy issues and deep ideological divides can be investigated.

There's no need to rely on media pundits or vague polls to find out what someone else thinks of a topic. With the Public Sphere, you can find out what adherents of a particular political philosophy think about an issue, and extract detailed, reasoned polling results. This can act as a safegaurd against popular misrepresentation of political tendancies, and aid reflexivity.

When your only options are to reply at the very bottom of something or reply to a comment and get lost in a thread, it's hard to narrow down, separate discussion of different componenets of issues, and understand where you disagree.

Often times, by allowing users to customize their access to information, the information creates echo chambers where like minded people only talk to each other. The structure of The Public Sphere is built so that this cannot happen - in order to look at an argument you agree with, you must also see its opposite. 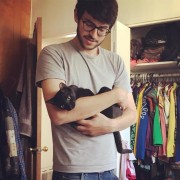