Surface the needs of underserved communities by creating a scoring tool for bus routes.

WHAT: Our scoring tool evaluates inclines, lack of sidewalks, isolation, construction and ponding conditions in order to rank a route's difficulty factor from end to end.

We also integrate Census and ACS data to better understand density and socio-economic profiles of residents.

WHY: For boroughs like Staten Island with limited transit options and an increasing population of senior residents, we have an increased urgency to reduce the difficulty of existing routes.

We see this as a planning tool for the MTA, community leaders and residents. We surface the different contextual challenges outer borough residents MTA riders experience.

HOW: We aggregate and combine disparate data including MTA, DOT, US Census and topography. Using this data we created a scoring algorithm that calculates a difficulty factor for getting from point A to point B via mass transit.

The factors include required walking distance, terrain incline, number of transfers, population density, lack of sidewalks and isolation of the bus stops.

During the next phase we will surface additional census data to look at the demographics of these underserved residents. 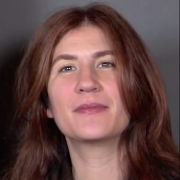