This is an in-station way-finding app that has the capability of giving the user step by step real-time directions on locating the right platform the user needs to be on or directions to the nearest elevator in the station, etc. All these are possible because the app knows the exact entrance that the user uses when proceeding into the subway. The biggest achievement is we were able to infer user location and movement and consequently give them directions (at satisfactory accuracy) in the absence of GPS, phone signal and Internet inside subway stations. No existing apps were able to do that.

Phase 1: All the user has to do is launch the app right before they proceed downwards into the subway. The app automatically turns on the user’s GPS, locates the GPS location, does a comparison logic on the GeoPoints of each entrance to the subway (whether it’s the southeast or northwest entrance) to see which entrance the user is closest too, infers that the user used that entrance, shows the station name on the app as the current location. Note that the user can just type in their current location if they don’t want the GPS to find their location (with the help of our auto-completion feature.).

Phase 2: Upon entering the subway, the user will input their destination. Then with the use of MTA’s Static Subway Data Feeds, Google Maps API, , accelerator, gyroscope and compass sensors inside the phone to derive the position, movement including a pedometer implementation that detects the amount of steps the user takes, the app is able to provide 85% accuracy of real-time step by step directions to the correct platform or elevator location. Our step by step-direction has features such as voice instructions and vibration when the user goes the wrong direction, which make the app usable by visually impaired individuals.

Another feature that we weren’t able to implement due to the time constraints was a subway route for accessibility. This is a route that is configured with only stations containing elevators or ramps for individuals with luggage or wheelchairs. We already had the data we needed to implement this from the MTA website, even though it wasn’t in any of the MTA API. 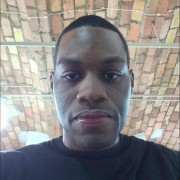