When Chef Habitat runs, there is no notice that it has run to completion on a Linux or Windows server without first having to login to it and see. This cookbook runs at the end of the Chef Habitat run_list, thus would create a unique EC2 tag in AWS along with a timestamp to show when it completed its run. If you don't see the tag, then something has gone awry on the server instance and needs to be investigated.

Incorporated into this cookbook are scripts for both Linux and Windows platforms to show a 'successful' Chef Habitat run via the creation/update of an EC2 'tag' called 'chef-provisioned' and the latest timestamp, formatted in UTC time.

The cookbook deploys a template/script, depending on which environment it is running on. The cookbook supports both Linux and Windows platforms.

AWS Client needs to be installed on the Linux and Windows instances beforehand. Also found that the ec2:CreateTags must be part of the base instance profile policy on AWS.

Cookbook works just like its intended and helps out application teams so they can add in ruby_blocks to their code to make sure that Chef Habitat has been fully run and is stable in the background before attempting their application cookbook deployments. 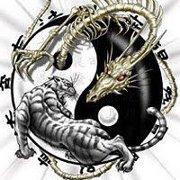