The inspiration to this game came as i was playing Pac -Man. I was curious about how programs used path finding. I researched path finding algorithm and found A*. Through tutorial and a lot of help from you tube we created the algorithm.Even though program was a little buggy, it did what it was supposed to and came up with a game that implemented this algorithm.

I used python as the programming language and used the Pygame libruary to build the GUI.

We ran into multiple roadblocks. The structure of the program created unexpected and puzzling bugs. I tried to implement the 'time' documentation of pygame but i was not able to. The original plan was to create a zombie game but due to difficulties regarding map structure and sprite complication we ended up making a weird superman game

i am proud that we, in a short time we dealt with the creative process of making a game and we made it playable and hopefully fun.

I am now much more confident about dealing with calsses and arrays since there were a lot of those in the program.

What's next for Gunner Runner

This is the end of Gunner Runner. We used Gunner Runner as a stepping stone in being more exposed to programming and dealing with time constraints. 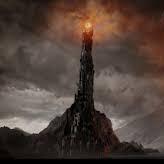