The inspiration for creating the application came while we were watching a show. This show highlighted the troubles and tribulations that the visually impaired face on a day-to-day basis. It brought attention to the troubles that they face while performing trivial tasks like seeing what is in front of them, reading labels, not being able to open their doors, etc. This had a deep impact on us and so we started researching visual impairment. To our surprise, we found an estimated 62 million people live with vision impairment; of which 54 million people have low vision and 8 million are blind in India alone. These numbers are higher among the elders and research shows that these numbers will increase even more in the future. Over four-fifths of visual impairment among elderly persons is either avoidable or treatable.

Thus, keeping the problems faced by the visually impaired in mind, we decided to create an easy-to-use mobile application, that would make their lives easier.

GUIDANT is a mobile application that is completely voice based making it easy and simple to navigate.

🔹 Describe: We observed many applications make use of the Object Descriptor trained on the COCO dataset, which limits the number of objects that the app is able to identify. Therefore, we used the Microsoft Azure Cognitive Service - Describe Image which not only identifies the objects but gives a brief description of the surrounding. On getting the description, it reads it out to the user.

🔹 Read: Many restaurants and fast food joints do not provide menus that are accessible to the visually impaired. We used Microsoft Azure Cognitive Service - Read which is optimized for text-heavy images, mixed language, and mixed type documents. We then convert these texts into speech which makes it easier for the visually impaired to understand what is on the document.

The entire application is divided into two parts:

1. Backend: The backend is a FastAPI framework that serves requests sent from the mobile application. Depending on the type of event, the server will communicate with the Azure services and respond back with the received output. We hosted the server on Azure App Services which fully managed web hosting service for building RESTful APIs. This makes it easier to focus on the key features as we do not have to worry about infrastructure maintenance, security patching, and scaling.

2. Frontend The frontend is a mobile application that was built using React Native a JavaScript framework. We made use of Expo, which is an open-source platform for making universal native apps for Android, iOS, and the web with JavaScript and React. The main aim of the application was to make it easy to navigate around with large buttons. We also implemented voice commands that will make it easy for the blind to navigate through the application. Along with the key features - “Describe” and “Read”, there is also a help section that will read out the instructions for the user whenever required.

One of the biggest challenges we faced was integrating the different components together in the application. This was our first time building a React Native application so it took some time to get used to.

We are proud of what we learned during the process of making the application. We worked with frameworks that we hadn’t used before. From the mobile application to the backend server, we decided to learn new frameworks and build our application. We also learned to use Azure services for the first time. The well-documented functionalities made it easier than we thought.

What's next for Guidant

Using Azure’s Cognitive Services, there are a few more functionalities that we think would help

🔹 Face Emotion Recognizer: using this the visually impaired can identify the emotions that the people sitting right in front of them are feeling.

🔹 Product Scanner: using which they can find if a particular product is fresh or is past its expiry date.

🔹 Medicine Reader: this not only will help them read the medicine names but also provide information related to the medicine.

🔹 Support for multiple languages: we plan to introduce multi-lingual support for voice commands and speech. This would make it accessible to a larger number of people. 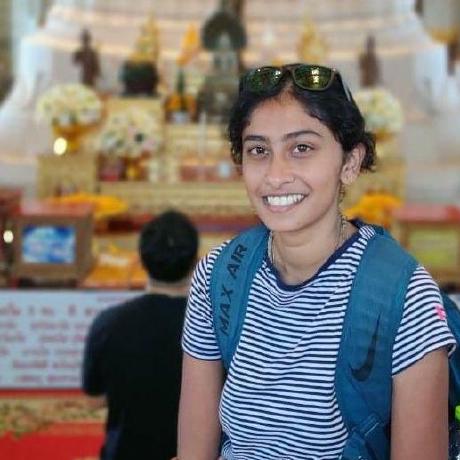