From our collective experience, combatting inequality is not solved by simply putting people of different backgrounds in the same room. At a high school level, we noticed that dividing up into teams, specifically for group projects, was very much inline with privilege - a psychological effect known as in group favoritism. As a result, the effects of inequality became amplified, and social mobility becomes nearly impossible. Similarly, people with similar personality traits tend to group together, which minimizes diversity of thought and leads to, on average, worse team performance (Hoffman and Maier, 1961). Using the "big five" personality factors that determine team success (Kichuk and Wiesner, 1997), we created a tool that would prioritize diversity of thought in group creation - with aims of improving group performance and enhancing social mobility.

Students take a short Google Form personality quiz, including short answer questions that are "graded" through sentiment analysis. The results of this quiz are filtered through an agglomerative clustering machine learning algorithm, creating groups of likeminded individuals. When teachers create new groups, using a self made GUI, the clusters of likeminded individuals are as split up as possible, leading to teams that reflect optimal diversity.

We used python to create both the GUI and the backend. Using the google-api, we scraped results of the Google Forms and input them into a clustering algorithm powered by sklearn. A one-zero distance metric was used for determining the loss associated with different answers to multiple choice questions. Sentiment analysis was performed by parsing student inputs and searching for positive and negative words (from the canonical list of 6000 training words), and determining which direction the sentiment was more likely to be. On the GUI side, we used tkinter to create a graphic for teacher use. Teachers need only input the URL to google form results and the number of groups they seek to create, and GroupYou will generate the associated teams and display them in the GUI.

Our group ran into some challenges that we had to learn how to overcome. The biggest challenge was that each of our group members had a unique set of skills, which meant choosing a project that could utilize the unique strengths of our group members was necessary to our project’s success.

We are very proud to have made a working platform that has the potential to increase the social value of educational experiences by diversifying school project groups, thereby increasing creativity and the potential to learn from different types of students. The platform is easy to use and widely adoptable, increasing the ability of GroupYou to make a difference in how we choose project groups.

Even in the short timespan of 24 hours, our team learned and developed a lot of skills in completing our project. In order to create a fully functional program that implemented machine learning algorithms and graphical user interfaces, of course we developed in our programming skills to fit the nuts and bolts of our project. Many of us were new at programming in Python, and we were able to make substantial progress in using the language to create a function program that would further social good. Additionally, our project topic revolved around teamwork and building an effective team, which has a wide impact on society. We were able to incorporate the research we found into our own team and learned how to make the most out of our various skill sets to work effectively in a team environment. Overall, we progressed our learning and skills in this hackathon through technical development and teamwork.

As of now, GroupYou is focused on maximizing diversity of education based teams. However, the importance of varied viewpoints stretches far beyond just the educational space and we would be interested in finding ways to expand this product into the workplace. In such an environment, the focus of GroupYou would become optimizing a team for performance, which would require more psychological studies, instead of promoting social mobility. 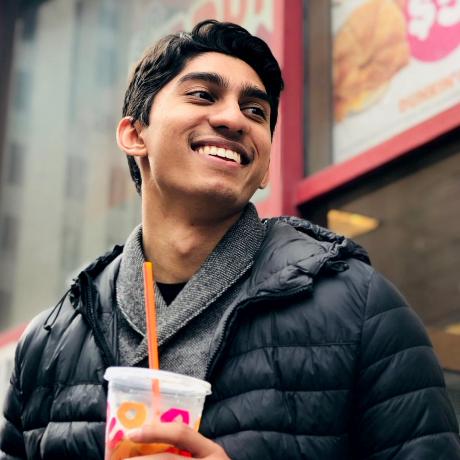