We came into Hack the North with an idea with an array of cameras that could classify ASL letters made by a human hand. This would allow for sign-to-text and then sign-to speech, which would really improve the lives of those who are deaf or mute. When we got to the hackathon and took a look at the API prizes, we noticed that Zesto had a platform very similar to that, and it seemed pretty easy to use. With no better idea, we quickly formulated an idea that made use of Zesto's fluid motion classification. We all decided that it would be really cool to pretend to grab an item in Autodesk Inventor, and rotate it as if we had it in our hands. We set out from there.

Grip3D allows users to interact with 3D models in an incredibly intuitive way; using hand gestures. The Leap Motion senses hand gestures and rotates or zooms in on the autodesk inventor object accordingly.

The Grip3D software uses the Leap Motion to record hand movements. These hand movements are passed to Xesto Wave, which uses machine learning to recognize certain movements as gestures that we have previously set. Then, we use the Xesto Wave API to get the result in JavaScript. The result is displayed on a web page, and a Java application with jsoup reads said webpage. Based on the gesture that it sees, the java program executes the appropriate method that causes the actual rotation of the model in Autodesk Inventor.

The Xesto Wave API is very hard to work with. It is inconsistent, and very inflexible. We cannot, for example, modify the confidence threshold that differentiates a gesture from a random hand movement. On Saturday, we discovered that a stubborn error that we faced originated from their end. We promptly pointed it out, and with the CEO and a Software Engineer from Xesto, we got it fixed. However, this did significantly eat into our hacking time. We also had a lot of trouble figuring out how to pass the data from JavaScript to Java. Most direct connections have been depreciated, and we did not have the time to set up full-blown server systems. We eventually settled on Jsoup, because it is easy to implement. However, as of writing, we are running into difficulties where Jsoup only gets data from the page when it first loads it; it does not account for state changes caused my JS scripts.

We certainly all worked very hard on this project, and we persevered through a lot of problems that seemed impossible (the Xesto Wave API not working, for example). I think the whole team can be very proud of that. We had to change directions frequently, but we never gave up. We were slowed down significantly, but we're still trying to make the deadline.

Have backup plans for any system feature. If it turns out something you thought you could use doesn't work, is depreciated, etc., you need to pivot quickly to save time. Assume the worst when it comes to time management. Take shifts for sleeping. It's hard to get everyone involved on a coding project, especially when one error is holding the whole thing up. Sleep is also important for personal health and problem solving skills. Sleeping can actually be the most productive thing a team member can be doing. We all learned new things from each other, since we came into this competition with some fairly different skills. There was a bit of a language exchange going on in our group for sure.

Expanding Grip3D to other programs would not be that difficult. We could map gestures to the Adobe Suite, and many other programs that have some sort of 3D or 2D focus. With a more complex gesture analysis program, we could also vary the intensity of the output. For example, moving your hand just a little bit would rotate the model ever so slightly, while exaggerating the gesture would spin the model considerably. 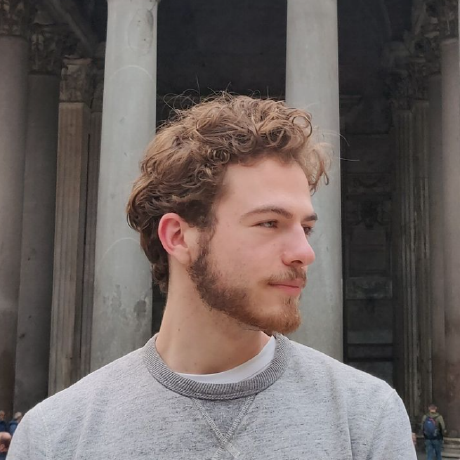