With our climate worsening by the second, it is important we start to focus upon the various details which contribute to those problems. One of those conflicts revolves around the produce that consumers purchase at stores, primarily grocery stores. Products all around the world are delivered to the places where one goes to purchase food. Although it may be easy to bring the food to our homes, the procedure for transferring those items from other places is highly complex and dreadful at times. For example, certain items consume unnecessary high volumes of water, working conditions of the people processing the items are gruesome and items located faraway result in transportation vehicles releasing great amounts of pollution. Taking into consideration these factors, we decided to create an app which would assess the food located at grocery stores and showcase a grade depending on how it was delivered

GreenSearch allows consumers to assess the sustainability of the products they are purchasing. It evaluates produce based on three distinct criteria; the amount of water involved in the production, the transportation process required, and the farming conditions in which the product was developed. Based on these values, we would assign a corresponding numerical benchmark from 1-5. 5 being the best for sustainability, and 1 being the least sustainable. For example, a product that required 1-50 gallons of water to make would receive a benchmark of 5. Contrastingly, a product that required over 1000 gallons of water to produce would receive a benchmark of 1. In the case of transportation, locally developed produce receives a benchmark of 5, while international products from overseas receive a benchmark of 1. In terms of farming practices, locally raised, no pesticide, herbicide and/or hormone goods received a 5, while non-organic produce received a 1.

We created this app using software called Adobe XD, which enabled us to design and create a prototype of a mobile application for GreenSearch. Once the app was created on Adobe XD, we established a working example by using Java.(Github link added at the bottom) With Java, we managed to display the functions and established a demo experience for the user. This way, one can understand the process of our app. Using photoshop, we created the logo for our company, with Screencastify, screen recordings were taken, and with the help of Adobe Premiere Pro, we produced a functional video representation of our application.

We spent a long time coming up with ideas for what to make, everything we thought of was either not feasible or done too many times. After just delivering ideas randomly, we decided on an app that would impact grocery stores. We then tried coming up with an original name for the app. It needed to be simple and expressed the purpose of the app, as well as keeping it original. After some careful deliberation, we settled on the name of GreenSearch. Another challenge we encountered was in determining the climate grade of each product. Finally, we decided on factors such as the amount of water used, transportation and farming conditions.

Having a nice and friendly looking UI is often seen as a challenge since it needs to be pleasing to the eye in order for people to use it. If there is too much white space then the app looks unfinished, but if there is too much information on the screen at once no one will want to read it. We believe that we have made a UI that both please the eye and has the right amount of information on screen for the user to consume.

We are also proud of the fact that we were able to actively compete in a university-level competition as highschool students. We did not know as much as they would from a technology and coding perspective and we feel extremely proud we were able to submit something we felt was worthy enough to compete against them with.

In the beginning, while searching for an innovative idea, we were able to grasp the various issues about climate change, sustainability, and global warming which further expanded our learning about the world we live in. This hackathon allowed us to grasp various innovative solutions to solve modern-day problems. Also, it permitted us to gain knowledge of various new applications such as Adobe XD.

As high school students, proper funding is required since we do not possess enough to release this app off the ground. Therefore, we would look to expand our database of foods that the app can assess. We would also start looking at grocery stores that we could license the app to. By expanding our connections with other businesses, GreenSearch can truly become innovational and successful. 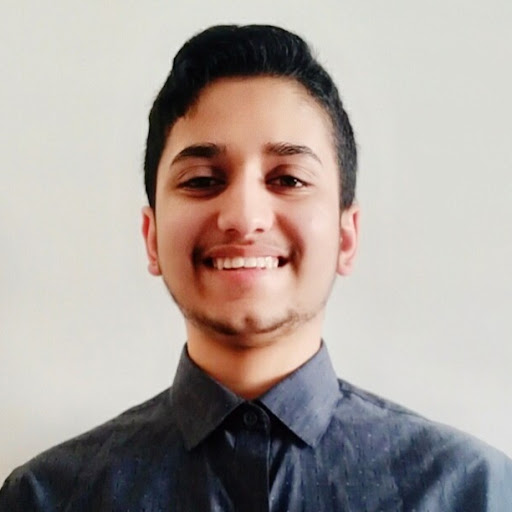