Fundraising is the most common method of obtaining operating capital for non profit organizations such as masjids. Many existing nonprofits rely on annual fundraising events, such as fundraising dinners, to generate operational income and capital for future projects. Currently, the fundraising process is archaic, inefficient, and have a huge reliance on paid/unpaid volunteers. For anyone who has worked with a non-profit to collect funds from donors will understand that the manual process has a lot of problems: Manual data entry from traditional pledge forms, slows down further processes such as tax receipt generation Human errors: messy handwriting from donor, delayed follow up on pledges from organization inefficient (preorganizing and post - paper work, following up on pledges) Manual handling of reoccuring donations

Streamlines the fundraising process end to end, and converts a very manual procedure into an automated solution that can save a grass roots non profit organization hundreds of volunteer hours.

We used the LAMP stack, along with the Yii2 PHP framework to set up a web based, mobile solution that can be configured by any organization in less than 30 minutes. Our solution leverages the Google Cloud Platform to allow for a robust, isolated environment for each fundraising event.

We automatically generate a very user friendly UI and dashboard to aid the live fundraising event.

Some challenges we ran into included accounting for donors that would be reluctant to change (i.e. people preferring the manual way of fundraising).

We were able to make use of every team member's expertise, and use it to provide a valuable product.

We've learned that there is a lot of research that can be done into the fundraising process, along with the donation management system for any non-profit organization.

What's next for Grashopper

We plan to launch a beta version and test it with a few local charities. 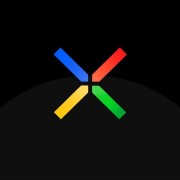