Through living in the Bay Area and seeing the desperation of the homeless, our team has been inspired for years to change the lives of the 150 million homeless people worldwide. By witnessing first hand how people struggle, it hurts us to watch in idleness while they continue to be entrapped by the structural and logistical barriers that keep them impoverished. Especially in the current climate with COVID-19, homeless people are even more alienated than ever, as donations have almost completely halted due to social distancing. A social good project for the homeless is needed more than ever, as they are currently often ignored.

After researching applications to assist the homeless, we didn’t uncover any current solutions. Thus, our team saw the potential in using technology to break the financial barriers impeding the homeless and subsequently created GrantLink as a method to alleviate these problems. Through Grantlink, we address the most common issues preventing more donating, including a lack of cash, trust, and a community.

Grantlink is a unique iOS app that streamlines the process of donating to the homeless and addresses the largest barriers in helping the homeless.

The primary issue that prevents people from donating to the homeless is a lack of carrying cash, as around 50% of people do not carry cash. Grantlink solves this inconvenience and allows for willing donors to electronically send money to the homeless with the tap of a button. Our app connects to a user’s bank account (not connected now due to logistics) and sends the money through our interface. We used the Apple MKMap API to display the users’ profile and accounts on a map. The requester indicates their desire for a donation by setting their location on the map, and any nearby donors can view them and click on their set pin to donate.

Our app is also incredibly important during COVID-19 and during its aftermath. Due to social distancing, people are not allowed to be in public and are wary of manually handing the homeless cash due to transmitting the virus, which prevents them from receiving any donations. Through electronic donations, we allow for donations to the homeless from a six-feet distance and even the possibility of one’s home, and when people are afraid of using cash, electronic transfers allow for more caution and more confidence in donating.

Another significant barrier is that donors are fearful of what the homeless will use their donated money for. In fact, a study showed that over 60% of people are hesitant to donate to the homeless because they are afraid of misuse. While these are false assumptions, this is a strong deterrent towards donating.

Thus, we have created a report system where the homeless person sends a report back to the donor with information on where the money was spent along with a receipt, which is made possible by integrating the Apple Camera. Reports increase trust between donors and the homeless because the homeless know that if they don’t submit a report, the donor will assume they spent the money poorly, and thus they will not receive as many donations in the future. Thus, because the homeless dislike the perception around them, they are incentivized to report back. Donors are able to view a homeless person’s history of reports, further increasing donations by improving overall trust and removing any barriers of uncertainty. This entire system is voluntary to protect privacy. This is done through Firebase and Google Cloud Services, where we link user’s accounts with one another, allowing for the reports to show up autonomously.

Lastly, due to strong social stigmas around being homeless, the homeless are often wary of directly asking for donations. Thus, we have created a smart request system through the Map and Notification APIs. Using live location, once the two are in a reasonable distance, the donor is prompted with an interactive notification which includes the homeless person’s profile, encouraging them to briefly donate. Studies show that people are less likely to donate to those who they don’t know enough about, and by sharing bios and personal information between the homeless and donors, we ultimately solve that barrier.

Using live locations allows us to create a network and community between homeless people, since they can view each other’s location voluntarily. We hope this will decrease loneliness for the 91% of the homeless who experience it.

After numerous hours of wireframing, conceptualizing key features, and outlining tasks, we divided the challenge amongst ourselves by assigning Sajiv and Adithya to the UI/UX, Viraaj to the app architecture, and Ayaan to the integrate Firebase backend and notification systems. We coded the app entirely in Swift using Xcode. We created a Firebase project with initialized databases and cloud storage, and after long hours of creating new APIs/libraries along with integrating staple ones, we were able to integrate it all to develop a true one-of-a-kind multi-edged solution.

With none of us having used firebase and SQL backend server technology in the past, utilizing firebase effectively was a big challenge. Primarily, we struggled with the user interactions, where updating the firebase from one end would also update to the other users interface. We solved this issue by reading documentation and testing and experimenting with different Firebase functions and APIs. We eventually resolved the issue by integrating Firebase Firestore with the Users system in Firebase and incrementally integrating Firebase wherever needed.

We are incredibly proud of how our team uniquely built off our specific research from various sources and applied them in a technological context to build one comprehensive product. Seeing all of our features and functionality working in unison was very rewarding, especially after the long hours spent developing them. We are extremely proud of developing a solution that has not been previously considered in this setting and putting it into functional form.

From a social perspective, our team found it incredibly gratifying to use technology to effectively impact the needs of our nearby community. We spent significant time researching the specific shortcomings of the current system of donating to the homeless and were able to pinpoint specific ways to improve the overall experience for both donors and requestors.

From a software perspective, we all became much more comfortable with utilizing essential frameworks such as Firebase and Mapkit. We learned how to develop polished UIs and create a sustainable user base. Ultimately, we all became stronger IOS developers and solidified our full stack development capabilities, making this a great learning experience.

What is next for Grantlink

Our future goals for Grantlink include releasing an Android version of the app along with publishing Grantlink to the App Store. Furthermore, we want to fully integrate bank account support, as we aren’t able to integrate in our time limit due to the needed extensions, such as Braintree, Paypal, and Stripe all requiring financing. We also hope to implement a Bluetooth or Apple Pay system to transfer money to streamline the process and reduce delay. Furthermore, we would like to integrate the TesseractOCR to allow for AI scanning of receipts. 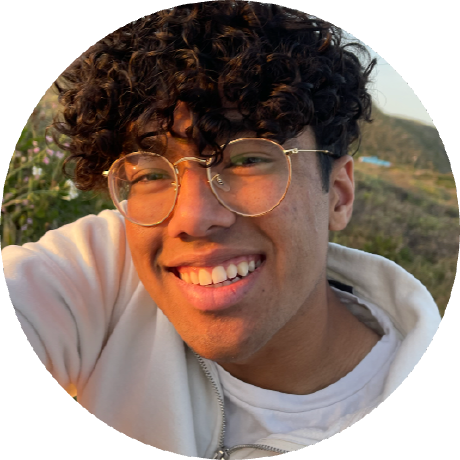