why: Because it was fun. Also, command line!

usage: Get the mua: go get github.com/gophergala/gomua/cmd/mua

Originally we wanted to be able to parse a large (50,000 messages) maildir quickly, but once we started working on things there were other pieces that ended up being more interesting to work on so we decided to put that optimization off until after we had a proof-of-concept up and running. In the future, we’d still like to be able to open a large maildir very quickly however. 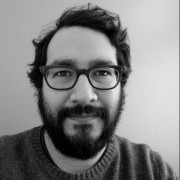