Fun fact: Two of the three members of this team have never done a hardware hack before. That all changed when we met Blake and he told us of his wild ideas for home automation with a Raspberry Pi, a few Arduino shields, lots of bread boards and a love of Rube Goldberg and found art.

Should one machine be doing all these things? Is it practical? Probably not, but hacking is never about 'Should you?' but all about the 'Could you?'. With this in mindset, what comes next only seems natural.

One hacker's garbage is another's ChallengePost

When Blake found a spare servo in his parts, we suddenly got the desire to create some sort of treat dispenser. Rather than try to build a case with fancy parts, we decided to get artistic and use discarded hackathon food boxes and duck tape to create this fun hack!

Rather than write some impractical web interface, we decided to integrate our system with a custom Pebble Smartwatch application to control our various interfaces through a JSON REST interface. For this purpose, Eli wrote a Python library that joined the various Raspberry Pi connected interfaces together in a handy REST framework that Haumed used to make an elegant Pebble application. 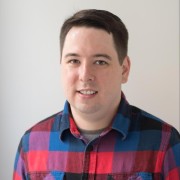