The game is a fusion of playing god to shape a world to sustain life and an exploration of the elements and to see what you can create. Main influencers are the Black & White series, real time strategy games and the alchemy game.

It is played in the HTC Vive VR system where you have a selection of basic elements to throw onto the ground. For example the green element spawns a tree when thrown. The player explores what they are able to create with the tools they have.

These objects like trees contain resources which the local populace need in order to survive. They will go find the most important resources and deposit it back into their town.

You control how well this town grows.

We have made this game in the Unity game engine coded in C#.

As this is a VR game we had many challenges to make a workable user interface. The project has a relatively sophisticated AI that has a management system that prioritises the most valuable resources and actions go for.

We have a game that has very satisfying audio and visuals. The project as a proof of concept achieves quite a lot. It shows how fun it can be when the player has no direct influence on the NPCs and instead has to build an island to support them.

We learned a lot about improving user interface within VR that would give a much better user experience. A lot about AI was learned about weighting behaviours and resource gathering for a small group of humans.

What's next for God Mode

Maybe we'll stick it on Itch? The project would give too much tech debt to just pick up with. 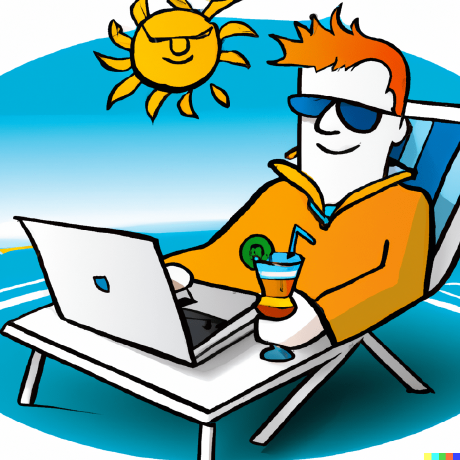