A huge problem in today's society is Healthcare.One of the most practically solvable problems is of diet and obesity. Our team realized the enormous number of photos uploaded to the Internet every single day. Furthermore, we noticed that search engines and image recognition software have greatly improved over the years. Using these trends to our advantage, we decided to design an app that could solve the aforementioned healthcare problems without drastically changing the habits of many mobile platform consumers.

Goblr is an Android app that lets users take pictures of food items and in turn will provide nutrition facts about that given item. Users will also be able to save the pictures they take of their food.

Using an embedded camera fragment, we retrieved an image from that activity. Using this image, we had to upload it to the Internet using the Imgur API. After our POST request, we took the URL we received from the JSON after posting the picture. We took this URL, and put it through the MRISA API which was put up on a server. This API would then return a single JSON with the closest match of the search and give us some information such as the title and name of the picture/food. Then with the name, we put it through the DNB API which would find the food in their database and return another JSON of the nutrition facts of the food. Parsing the JSON, we display the information for the user.

This was our first hackathon and we didn't really know what to do. The lectures we attended kind of gave us an idea of existing problems along with the fact that big data could help us design technology that could ameliorate these problems. As prior experience, we designed a small app with some basic math functionality so that we would be somewhat familiar with Android Studio. When we thought of our idea, we found resources that would make it possible, but our biggest problem was implementing these APIs inside of our code and making sense of it. A member from another group was kind enough to help us make servers and implement these APIs in our code while telling us how it worked. Also, the mentors were very helpful and patient and also helped us with the Imgur API, the first API we had to implement.

The app looks very clean and professional. We were also able to successfully implement the functionality we have envisioned. As a team, we had a ton of fun and we are more than grateful to have been able to attend PennApps.

We learned a lot about APIs and using libraries to facilitate implementation. We were also able to get a better sense of what other hackers were working on and it made us more perceptive of the opportunities and possibilities available in the field of technology.

Goblr's search engine is not perfect, but that is a positive improvable aspect of our app. It will allow us to take data from searches by many users and will let us build a database that makes future searches more factually accurate. Furthermore, companies will be interested in the big data our app has the potential to collect. We believe that Goblr is an app that can definitely be scaled in today's market. 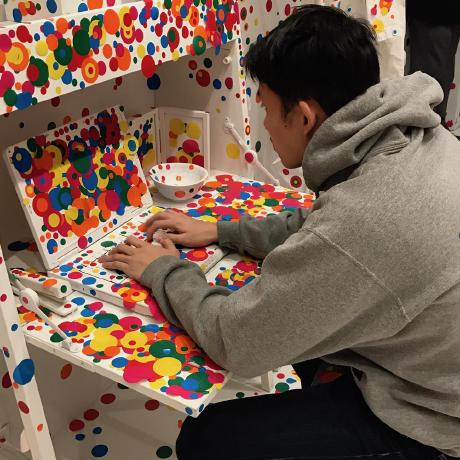