Combine multiple APIs to one app that we thought would be fun. It started out as a joke, but we stuck with it. Some may even say that this has the potential to allow high profile people an escape for a new life.

This allows people to input their phone number and just their bank account number into an app. From there, it looks at the remaining bank balance in their account and if the balance is low enough it will automatically turn off their NEST thermostat to increase energy savings. In addition, a GTFO button will popup that allows the user to plan an escape with their remaining money. The app will automatically figure out the closest airport and earliest flight out and allow you to choose a week stay in India, Germany, or China. The web app will also show additional data of travel times and location information. Also, just for fun the app will determine gender and produce a new id for the person to use if they want and call them and play the national anthem of the country they are traveling to. The texts are custom tailored to where the person is traveling. As an extra, an Android app was built to include limited functionality.

The project was made using node.js. When a user provides their account info, we are able to extract a plethora of data including name, address, and account balance from Capital One's API. From there, if the user's account balance is below a certain threshold, it will turn off their NEST thermostat using the NEST id. The call and messaging function were enabled using the twilio API. The flight and hotel information was taken from Expedia's API. The nearest airport was found using another API open to the public. Gun was used to map the data and create the web interface. Names were generated using the UINAME api. Bootstrap used for the web interface.

Getting code hosted. Combining APIs Expedia takes a while to return data.

never used node before and gun was awesome. using bootstrap

What's next for Go for Broke 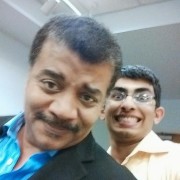