When the word “police” is typed into the Google search bar, the third suggestion to come up is police brutality. While tragic, this is unsurprising to most of us. After seeing a few hashtags on Twitter, we became numb to the pain caused by the disconnect between civilians and the police. It’s worth noting that police brutality is a phrase burned into our brains, but driver uncooperativeness during traffic stops is not. The risks associated with traffic stops affect both law enforcement officers and drivers, and misunderstandings have the ability to result in irreversible consequences amidst the tension. As a law enforcement officer, the risk of walking up to a foreign car on the side of a busy road is gargantuan. As a driver, being pulled over is nerve-wracking. It’s foreign and uncomfortable – especially if a driver is unprepared. However, it is also the duty of every driver to be prepared; to be aware of the rules, to be aware of their rights, and to be aware of how to appropriately handle a traffic stop. Enter GoCalmly.

We created an application that would encourage drivers to meet law enforcement officers in the middle – to support more fair and respectful exchanges during traffic stops. After some research, we identified that the two user groups most impacted by this app would be teen drivers and young male African American drivers. The statistics on teenage accidents are astonishing, and it is no surprise that newer drivers are less likely to be familiar with road rules and have less knowledge on how to interact with law enforcement in a productive way. The correlation between African American drivers being stopped and searched is exponentially higher than that of any other race in America, and we knew that our app had a massive potential to alleviate tension within America’s black community.

GoCalmly is a hands-free tool that educates the driver on how to de-escalate the situation in the event of a traffic stop. The program runs through a short dialogue with the user when a traffic stop environment is detected. This event is recognized using the IBM Watson API to establish the presence of police vehicles using computer vision. Further triggers of the traffic stop environment are the distinct frequency of police officer sirens and accelerometer measurements that detect the car slowing down.

For the use case of a teen driver, we thought of our own personal experiences as teenage drivers and remembered how our driving emotion was fear in a traffic stop situation. We decided to combat fear with empathy and love. Our application features the ability to pre-record a message from a loved one, such as a parent, to ease the driver through the process of safely executing a traffic stop. If the user chooses not to pre-record a message, then the Watson API uses text-to-speech recognition to give the driver tips encouraging cooperation, deep breaths, and some basic driver’s rights for the law enforcement encounter.

Once the vehicle is stopped, the app has stored copies of user documents such as their driver’s license and registration in the event that they are unable to find those identification documents during the traffic stop. While this probably won’t help the driver avoid a citation, it helps the encounter.

The application begins recording audio that can be reviewed following the traffic stop as evidence for unlawful treatment or simply to remember the citations issued during the stop. Furthermore, in the case of the driver becoming unable to contact a loved one, the app also features an automated text creator to the predetermined emergency contact so that others are informed of the driver's location and situation.

Following the traffic stop, the application uses speech-recognition to pick out keywords from the conversation that point the user to next steps such as paying a citation online, going to traffic school, or filing further legal complaints.

We had no knowledge of the African American driver persona and with the time constraint, had little to no way of attempting to do nearly enough human-to-human research to fully empathize with the community and the main pain points. Since so much of the tension and trauma within this specific use case is deeply emotionally driven- we knew actually talking to people was the only way to determine every single pain point and that articles and statistics could only get us so far.

We’re very happy that we’re bringing awareness to police brutality in a less biased light. The simple fix of drivers being informed and cooperating would make that many traffic stops smoother and less scary and the days of that many law enforcement officers a little safer.

We’re proud of the integration of many different features and APIs, and we are excited by the brand we were able to create through the UI/UX.

Ways to improve our own safety in the event of traffic stops. By researching the traffic stop from the point-of-view of police officers as well as new drivers, we could better understand the needs of our user group. Through our research, we also unearthed the most comprehensive list of reminders and rights for drivers to know when in a traffic stop and determined five different “next steps” paths for a teen driver after they have been through a traffic stop.

This was so enlightening for our team because we learned several driver’s rights we were previously unaware of and helpful behaviors that we will now aim to implement if in this position in the future. We hope our application can have the same eye-opening effect on others. 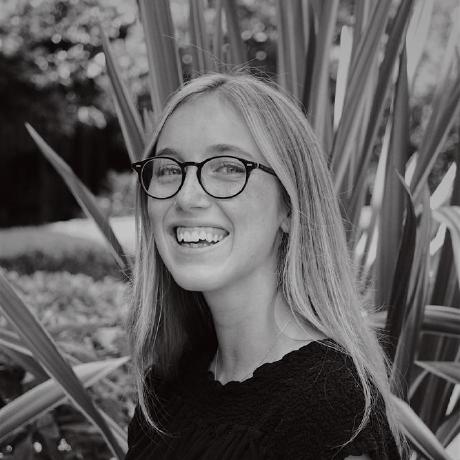