Ghost was inspired by the central works in the Museum’s main hall: the sculpture “Diana” at the top of the grand staircase, and the mobile “Ghost” hanging across from it. These works, invoking the concepts of hunting and the invisible forces that surround and affect us, are experienced by all who enter the museum, and remind us of the common thread connecting everyone who has and who will wander through the Museum’s galleries. We wanted to make this common thread come alive in the form of a ghost who, in its former life, was a great lover of the Museum and now wishes to re-live all it has to offer.

How would this ghost accomplish this task without any physical form? Its only hope is to connect with Museum visitors by “haunting” a directory app. While the ghost cannot see with its own eyes, it can sense works of art through the app, and ultimately re-live them through the experience of the visitors themselves. By first locating the work of art, and then communicating their experience by answering the ghost’s questions, visitors will help satisfy the ghost’s intense desires while taking a closer look at the Museum’s works and uncovering their own passions.

Players will experience incredible alternative reality visuals through object-recognition and visual overlay technology powered by Wikitude (see https://www.wikitude.com for more) while hunting for Ghost’s desired artworks, competing with other players and sharing their discoveries with their friends along the way.

Ghost is a mobile app that guides players to particular works of art in the Museum then, after the player has identified the work of art using the app’s object-recognition technology, it prompts the player to take a closer look at the work’s details through a series of questions involving the composition of and emotional reactions elicited by the work. Initially, the work of art is obscured using alternative reality effects overlaying the camera. With each question answered, the Ghost gets a stronger impression of the work, and the obfuscation gradually clears. Ghost will provide rotating challenges over time (thus keeping the game fresh and providing an incentive for players to return to the Museum) and create competitive social aspects by scorekeeping, posting a public scoreboard visible to anyone using the app, and sharing progress and images with friends via social media.

We built Ghost by combining a browser-based player interface created with Phonegap and Wikitude’s object recognition and alternative reality visual overlay technology. Location and information data provided by the Museum’s iBeacon technology trigger events and pull details regarding the targeted works of art from the Museum’s database.

The biggest challenge was refining our ideas so that we could get a working project completed within the timeframe of the competition. We had grand designs when we came up with the concept for the game, but had to temper the project down to a manageable scale. Nevertheless, this refinement process also focused Ghost’s concepts and core offerings, which we think ultimately strengthened the project.

We also found challenges in hammering down the the nuances of how iBeacons work (for example, accounting for fluctuating and unreliable signal strength) to create a fluid player experience.

We’re proud of creating a game that really embodies the objectives of this challenge--especially bringing people to the Museum to discover a passion for a work of art. While testing the game out ourselves, we actually came to notice small details within “Cupid and Venus,” the focus of the Ghost demo, prompting us to do deeper research into the history and intent behind the work, which in turn improved our appreciation of the work.

We’re also proud of how well we were able to collaborate as a team, come up with an inspiring idea, and execute it on technical and artistic levels. As a group that came from very diverse backgrounds, we were all thrilled to find so much common passion while working on Ghost.

We learned a lot about bringing a project from start to finish--how to brainstorm an idea, refine it, then bring a team together to finish a working product.

We also learned a lot about the Museum itself, its works (in particular about the works of Diana Wind, Alexander Calder, and Battista Dossi), and the technologies the Museum integrates into visitors’ experiences. The amount of information provided by the Museum to the public via online access to its database is incredible, and we loved thinking of ways to deliver the database’s information to the public in creative and exciting ways.

What's next for Ghost

We’d love to expand on the possibilities presented by Ghost, especially by bringing additional features to the alternative reality experience. While Ghost currently communicates to players primarily through one-way messaging, there are many possibilities for additional depth by creating hidden visual effects that can only be revealed by use of the app and expanding gameplay to involve those visual effects. We also love the potential of creating virtual environments where players would naturally meet up (namely, by the Diana statue atop the main staircase), and developing other ways for players to interact and compete with each other. 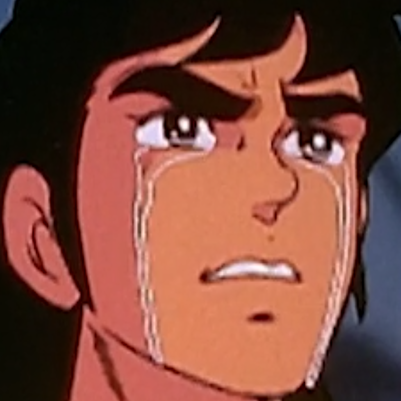