What is React JS

React is an open-source web framework used for developing UI components and is maintained by Facebook and a community of individual developers and companies.

A common question that users may ask themselves before learning React. Well, React is easy, simple, and really powerful when it comes to developing web frameworks. We can see React taking over the entire Web Development in the long run. React is used by more than 8000+ companies in their tech stacks including:

Another best reason to learn React is, that it is simply the best.

Okay so, before getting started with React, the basic pre-requisite is to learn HTML, CSS, and JavaScript because these are basic web development frameworks you'll need right before you dig into React. These don't take much time and are really super easy to learn and implement. Assuming that you already know the above basic Web Development Frameworks, let's begin!

Before you start working and developing web apps with React, you are going to need some tools and IDE's on your computer to work with.

And that's it, you have created and deployed your first React App

Now that your app has been deployed on your localhost, open up your project in your installed IDE. Go ahead and delete all the files from src and public folders. Do not touch your node_modules folder, as the name suggests, it consists of your react components and files that you'll need in order to run your React app. Okay, now that all the files are wiped and clean. Go ahead and create the files index.html and styles.css inside your public folder, and similarly create an index.js file inside your src folder. These are the basic boilerplate files that you'll need for running any sort of web development script.

Okay, now open up your entire project workspace in your IDE and open up index.html Enter the following HTML boilerplate code into the file:

Over here, if you are familiar with HTML, you'll know that we linked our styles.css sheet to our HTML code as well as our index.js file but the type mentioned is not js but instead, it's jsx. So what is jsx?

JSX is a syntax extension to JavaScript but is used with React for better UI Components description, hence producing React elements with which we render them to the React DOM(Document Object Model). Don't worry if you didn't understand theoretically what JSX is, you'll understand when I begin writing the code.

Moving on, let's open up index.js and begin writing some fresh React code. First of all, you need to begin by importing the React module into our app.

We have imported React and ReactDOM from the npm modules now onto our app. So, now let's begin rendering our first DOM element. For this, we can use ReactDOM which we imported from the node package and tap into the rendering function of our ReactDOMpackage.

Inside our render function, let's declare display a <h1> element namely "Hello World!" on our webpage. So, let's go ahead and add the tag as follows in our ReactDOM:

At this point, if you go ahead and run npm start in your project root, it would launch our web page on our default browser with an error

Now, what does this mean? Well we need to use document.getElementbyID in order to get began rendering HTML components. We can simply do that by tapping into our ReactDOM.render function and simply declaring the required render.

The value root was our id for <div> tag in HTML, hence by accessing root we would be rendering the HTML as a DOM element. Now save the changes in your IDE and hit refresh on your website and Hello World! would be displayed loud and proud on the website.

P.S. Do not call the variable time inside our React DOM yet.

Hit refresh on your browser and pop up Developer Tools and open up your console on the browser. You'll see the current time and date printed on your console. Now, imagine you want this to be printed instead of Hello World!. What would you do?
Well in React, in order to display javascript objects inside our render DOM, we have to use {} and add the object name within it. In our case, we want to display the time instead of Hello World!. So, go ahead and remove Hello World! from our <h1> tag and instead add {time}.

Now, if you hit refresh, you'll see an error saying that Objects aren't valid in the DOM. So, how do we fix this now? Well the fix is simple, the const time is an object, hence we need to retrieve a String from it, and display it to the webpage. So, we can tap into the toString() property of the object to retrieve the string value from it.

Now, if you hit refresh, you'll see that the time now appears on your webpage, and every time you hit refresh, it updates the time. But as an end-user you don't want to keep hitting refresh every time to see the time updating, instead, you would want to see it update dynamically as your clock updates as well. Let's do this as well. In order to begin with this, we shall be learning a React concept called Hooks

Hooks are functions that let you “hook into” React state and lifecycle features from function components. Now, here we shall be using the State Hook as we shall be setting the state of the app to dynamically change, instead of the user having to change it constantly.
Let's get started with using the State Hook. Let's begin by making our app a little clean first. Inside your src folder create a components folder and create a file named App.jsx. Inside your App.jsx, import your React module. Now create a function called App and move your HTML renderings from index.js into our function by returning it and similarly let's move our JS Code as well. Your App.jsx should look like this now:

Now, let's begin exporting this function for our index.js to render it. You can export this by calling the export default App. Here App is our function, which we shall be importing for rendering or to any other component which might want to use it. Call this after the function at the end. At this point, if you have moved everything from our index.js file to App.jsx, the index.js file would look like this:

Now, since we have initiated export at our App, let's import it in our index.js file to use it for render. You can import it just like how we had imported our React module.

Here, you can skip the .jsx extension at the end of App, as React would automatically figure that out. Now, inside our ReactDOM.render we can add the render by simply calling

Now, if you save your changes and refresh the browser, you'll see the same result as before, except now your program looks way cleaner and easily identifiable for other developers and yourself as well. At, this point your index.js file should look like this:

Now in order for us to use the State Hook, we have to import it from our React module again, so you can import it from your header file or directly use it by tapping into React.useStatesince you already have it imported.

Now, currently our time shows the time along with date and timezone, so in order to get only time from time, we are going to extract it as a local timeString by tapping into our Date function.

Now inside our App function, create two constant values one will be usualTime and the other would be currentTime. We shall be setting our State to usualTime by parsing into it with the help of currentTime.

Now in order for the time to change and setState dynamically, let's create a function setTime. Inside our setTime function we are going to declare a new time and pass it into our currentTime

We are almost done over here, we now need to create an interval of 1000 milliseconds which would lead to an auto-dynamic timer. Let's call upon the setInterval function and pass our function setTime and timer duration as well.

Inside our return replace {time.toString()} with {usualTime} and hit refresh. You'll see the time dynamically updating on its own. You can add designs and stylings to your new clock app by adding various styles in your styles.css file. If you have encountered various new functions like setInterval, don't worry, these are JS functions but are camel cased in React as it is desired, unlike JS which is usually kebab cased.
You can go ahead and create styling such as, background color, fonts, text color etc. in your styles.css. And declare it in your App.jsx just like you would for your normal HTML file and that would be it. An amazing clock.! Try doing this as a challenge to test yourself and to brush your CSS skills along with a little React practice.

A few tips that I have used and have come really handy to me while learning React.

Walkthrough of my tutorial

Hope you enjoyed reading this tutorial. Do feel free to ask me any doubts. You can find my contact details on my README file on my profile. The sample code used here is uploaded along with this repo. In case you get stuck, feel free to refer to that. Thanks :) 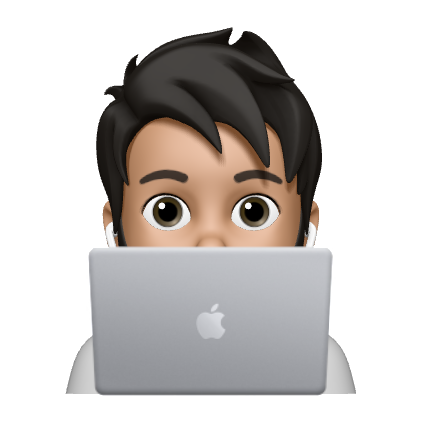